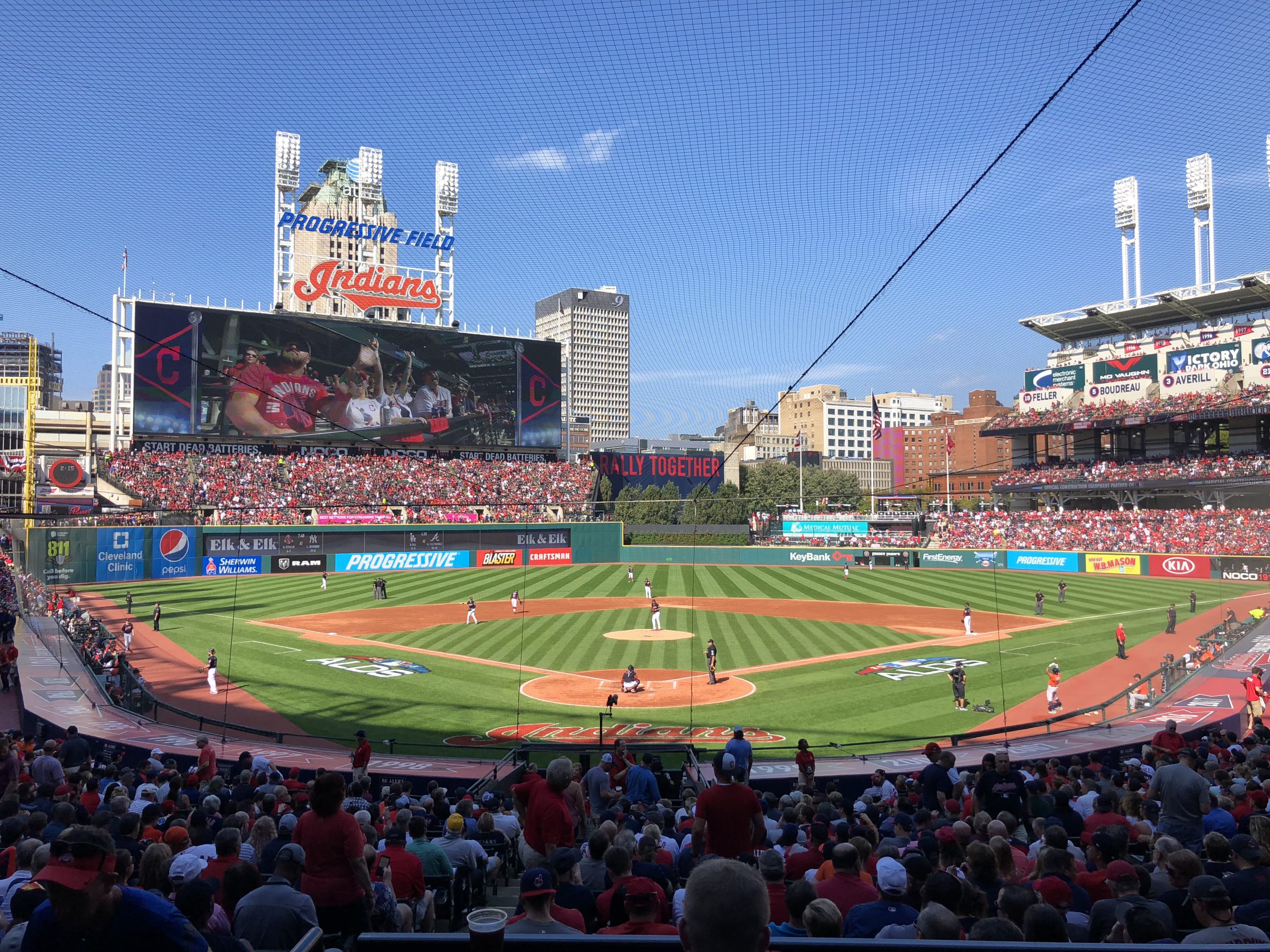 CLEVELAND – The Indians and Astros played a little day baseball on Monday in game three of the American League Divisional Series, with the Stros coming into the game needing just one win to end the Tribe’s 2018 season.

The day could not have been more perfect in terms of weather, as despite it (supposedly) being Fall, the temp at game time was a summer-like 85 degrees, with fans sporting t-shirts and shorts.

Here’s a look inside the park with some game photos as well as photos around Progressive Field.