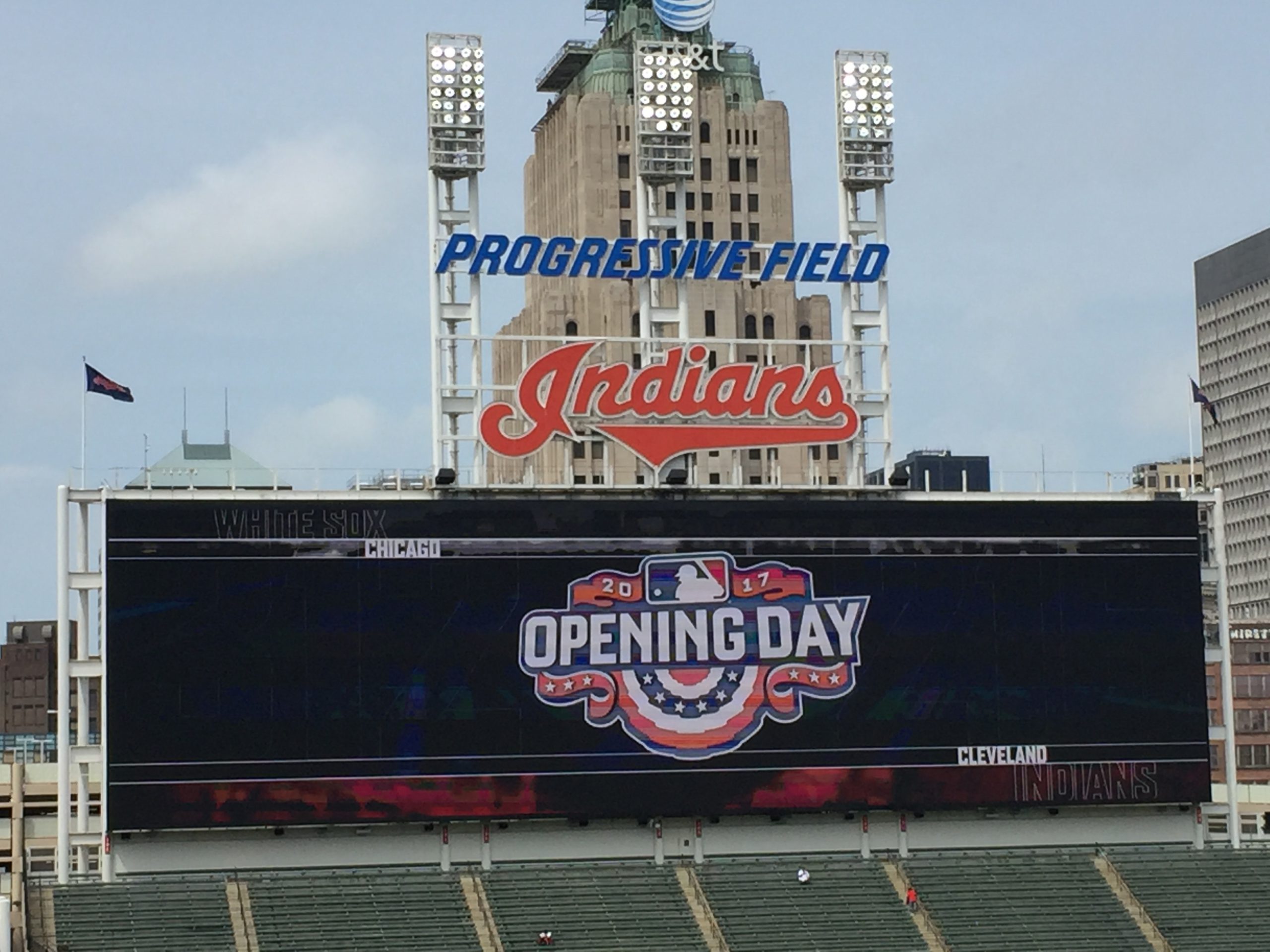 CLEVELAND – The 2017 Indians home slate began on Tuesday, but before the first pitch was ever thrown, the team for one last time looked back to 2016, getting their American League Championship rings and celebrating the new year in style.

The party was helped out by a couple Cleveland sports legends, as Jim Thome, Austin Carr and Jim Brown took the mound to throw out the ceremonial first pitch before the real 4:10pm first pitch between the Indians and White Sox.

Let’s take a look back at the party as the Indians will look to finish what they started this season after they were oh so close last November.