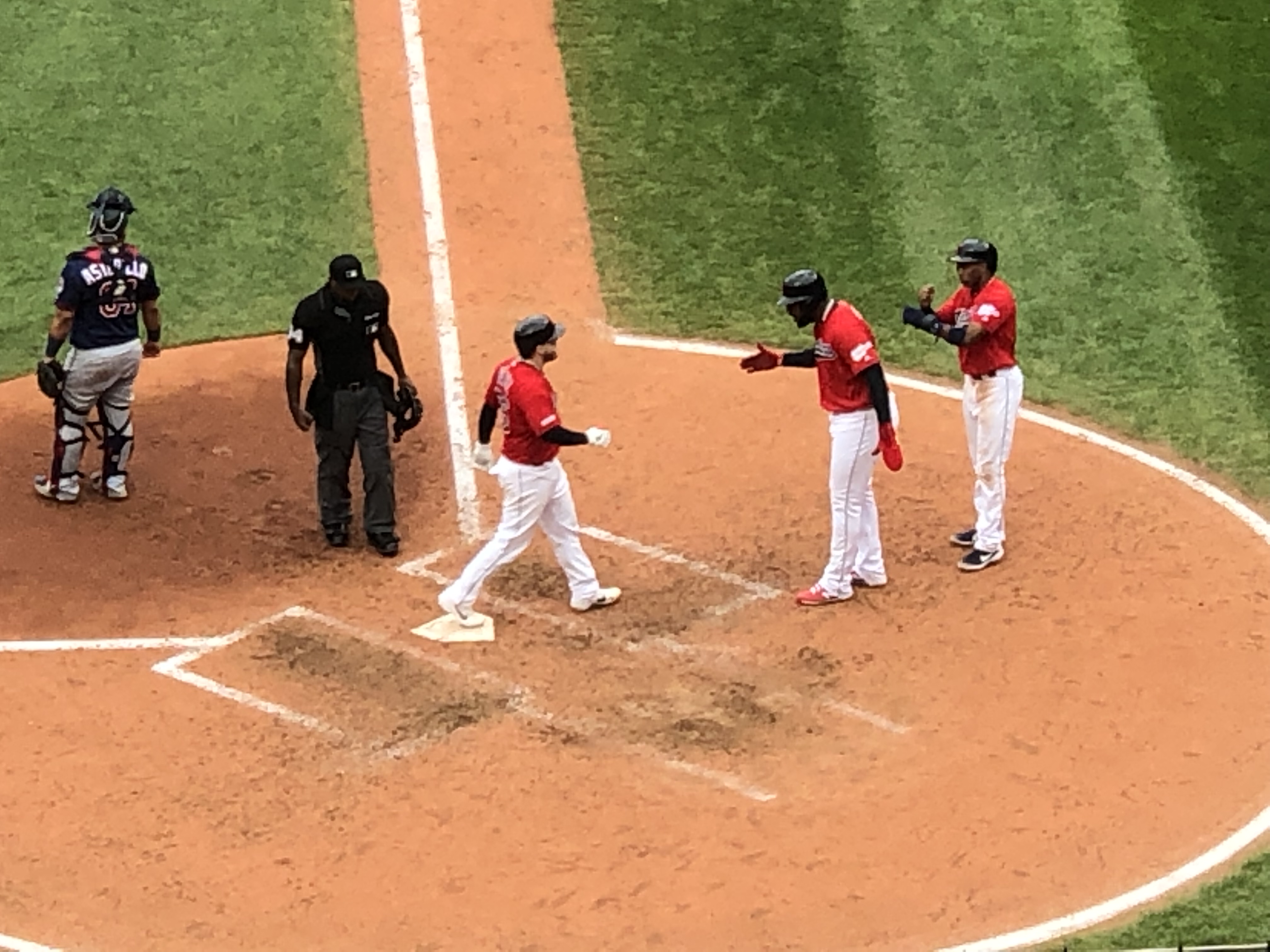 CLEVELAND – The Indians got behind 4-2 to the Twins in the 6th inning after Minnesota did what they always seem to do, which is hit a couple homers to get back in the game.

This time though the Indians rallied, and led by Roberto Perez’s 23rd homer of the year, a three-run shot, the team was able to overcome, topping Minnesota 7-5 at Progressive Field.

The win puts them back to 4.5 behind the Twins in the division with now 12 games left starting with the Tigers on Tuesday night.

The team still is on the outside looking in at a wild card spot, but now every game is basically a must-win the way that both Tampa and Oakland have been playing.

Here’s a quick couple takeaways from a victory Sunday in Downtown Cleveland.

Roberto Perez really deserves credit the way the month of September has gone for the Indians catcher. Playing banged up he’s hitting over .400 this month, and he saved the day with a shot over the wall in center to put the Tribe up for good 6-4 in the 6th inning.

Perez has been a real bright spot in a season that might end without the Indians playing in a postseason game, but it won’t be due to him and what he’s done this year.

The hit also was key as it came after Minnesota had hit a pair of 6th inning homers, the second by Lamont Wade to put them up 4-2.

Credit this Indians team for never giving in. 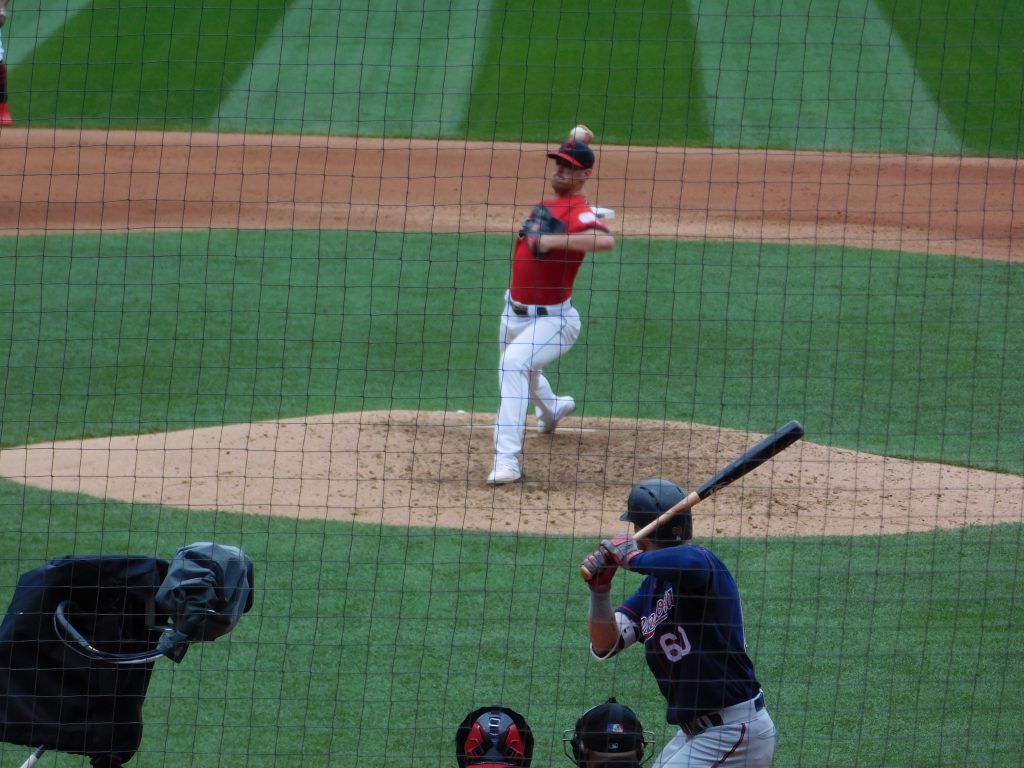 The Indians All-Star game pitcher went 5.2 innings, and while he was able to get out of some jams despite allowing 11 hits, he couldn’t get away from allowing the long ball.

Bieber gave up three Twins homers, the last one putting Minnesota in the driver’s seat at 4-2.

Lamont Wade’s first career MLB homer was the difference which put the Twins up, a 401-foot shot to right center.

On the afternoon Bieber threw exactly 100 pitches, and his 5.2 innings thrown puts him over 200 innings for the first time in his short Major League career.

The final line score for Bieber – 5.2 innings, four runs on 11 hits, one walk and four K’s, but the big number was the three homers he allowed.

For the record Bieber has given up now 30 homers on the season.

The Tribe will have a much needed off day on Monday before they begin six straight to end their regular season home slate against the Tigers and Philadelphia.

The team has 12 games left, and each one should almost have the feel of a playoff game if this club wants to start playing past September 29th.

The Indians even with the win are still two back of the Rays for that second wild card spot depending on what Tampa does in their late afternoon game Sunday against the Angels.

No matter, come Tuesday night this team needs to be super focused on the task at hand at home.

Indians Fans Go Into ‘Fight Club’ Mode During Saturday Night’s Loss to the Twins
All Playoff Hope for the Indians Is Not Lost; But They Have an Uphill Climb to the Postseason