Why a Patriots vs Giants Superbowl Trilogy Game is not a long shot! 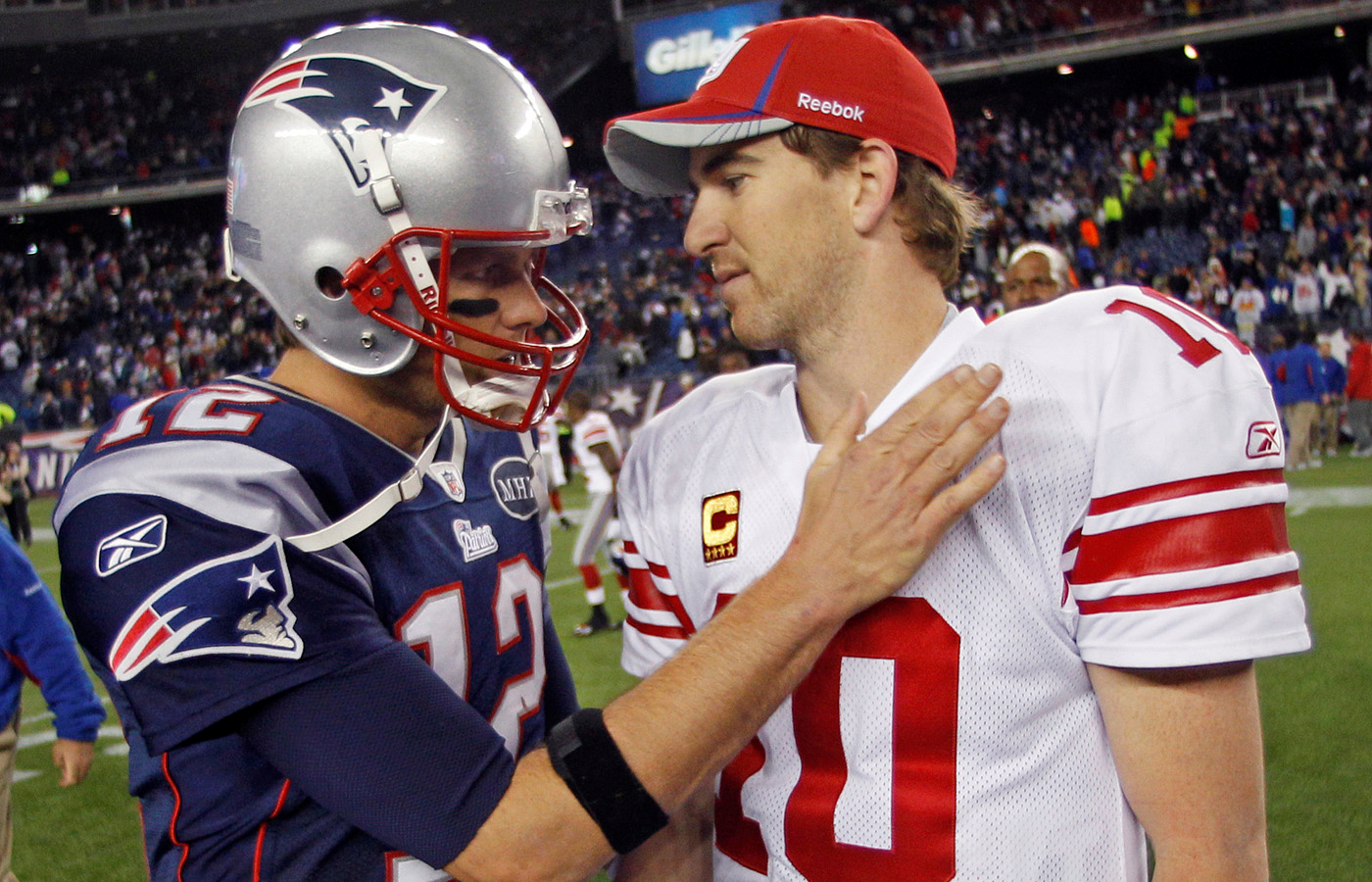 As we enter the NFL Playoffs, most of the talk surrounds the possibility of a Seattle vs New England Superbowl rematch from 2015.  It is likely giving the coaching and talent level of both teams.  As you may recall, they had a classic back in February of 2015 that saw a furious rally by Tom Brady in the fourth quarter help the Patriots win their fourth Superbowl under the Bill Belichick realm.

Even more memorable then that was  the crazy decision by Seattle to throw the ball on the goal line in the final seconds, instead of pounding it in with Marshawn Lynch.  The choice to pass would backfire as Russell Wilsons pass was picked off and the rest is history.

However, I’m one to think that the “Trilogy” Superbowl Matchup of New England vs The New York Giants is much more of a possibility, and here is why.

Let’s begin by breaking down the mess that is now the AFC playoff picture.

While the Patriots stand firm in the number one seed the rest of the conference is a bit shaky.

The Number 2 seed, the Kansas City Chiefs never looked dominant this season, and several times needed a last second miracle play to win.  Combine that with the fact that Alex Smith and Andy Reid have both struggled in the playoffs in years past, and the Chiefs are far from a sure thing.

The Number 3 seed the Pittsburgh Steelers are a solid threat to knock off the Patriots, and may just be the team to do it.  I truly believe they are the only team left in the AFC that can beat Belichick.  However, do not forget that the Steelers were 4-5 at one point this season, before winning 7 straight to close the season.  Can they remain hot?

The final three teams stand no chance as far as I’m concerned.

Houston benefitted from playing in a lousy division and is currently in a QB mess.

Oakland was looking great until their starting and backup QB’s got hurt.  If Derrick Carr stays healthy next year, look for him to challenge for the MVP award.  As far as this season goes, sadly, they look dead in the water.

Miami is also playing with a backup QB and has looked shaky all season long, they too got fat eating off of a terrible strength of schedule.

With the sole exception of Pittsburgh, it should be a clear path for New England to return to the Superbowl.

Meanwhile, in the NFC, here is why I see the Giants possibly sneaking in and forcing the Trilogy with the Patriots, as it would be the 3rd time in 10 years they would collide in the “Game of Games!”

Dallas is solid as a rock on both sides of the ball.  But, how often does  a rookie QB and rookie tailback lead their team to the Superbowl?

Seattle is a threat, however, their secondary is banged up and has looked shaky at times. They also do not have the running game they did when they went to back to back Superbowls either.

Don’t sleep on Detroit, they are also loaded with talent, but also on the cusp of a 3 game losing streak to enter the playoffs.  How many teams win the Superbowl or even make it after going winless in their last 3 games?

Atlanta can score, but also let up a ton of points.  They have allowed the third most points in the NFC this season, and when one of the two teams to do worse is SF, that really isn’t saying much.  Plain and simple, their defense is horrible.

So why can the Giants win it all? Simple, balanced on both sides of the ball and a two time Superbowl Winning Quarterback behind center.  Last year Gary Kubiak took over for John Fox and led the Denver Broncos to the promise land.  This year, does Ben McAdoo have the same magic?

Agree or Disagree?  Let me know at VinceTheAuthor on twitter