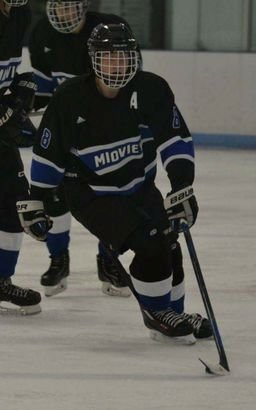 #9 Midview faced off with #12 Parma in Round Two of the OHSAA District Sectionals in Brooklyn, Ohio.

The Redmen held their own for one period, but Midview netted three goals in the second period, and sealed the deal with a fourth goal in the final frame en route to the 4-0 victory. 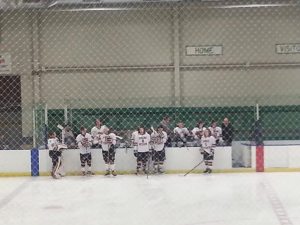 Midview was in control most of the first period, keeping the Redmen in their own defensive zone, but Parma withstood an early Midview power-play and goaltender Ryan Pisson made some great saves to keep it tied heading into the second period.

Less than four minutes into the second period, the Middies broke through to take a 1-0 lead, thanks to an even-strength goal from Jake Behler.

Midview struck again 10:12 into the period, as Heath Naso made it a 2-0 game with a beautiful slapshot.

Two minutes later, Jacob Scheetz made it 3-0, and the Redmen would enter the final period, looking to mount a comeback. 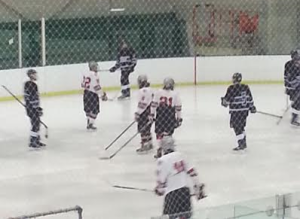 Parma had to begin the third period short-handed for nearly four minutes, but held their ground keeping it 3-0, but only had 11 minutes to try to come from behind.

17:48 into the final frame, Midview removed all doubt, as Mackie Eichenlaub made it 4-0.

Middies’ goaltender Jared Meredith held on for the shutout victory with 18 saves, as Midview played a clean game all the way through on both sides of the ice. 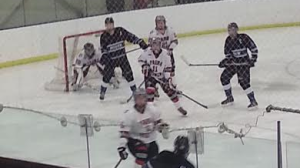 The Middies move onto Round Three to take on the winner of Wednesday night’s matchup between #1 St. Ignatius and #22 Garfield Heights, which is set to face-off at 6 PM.