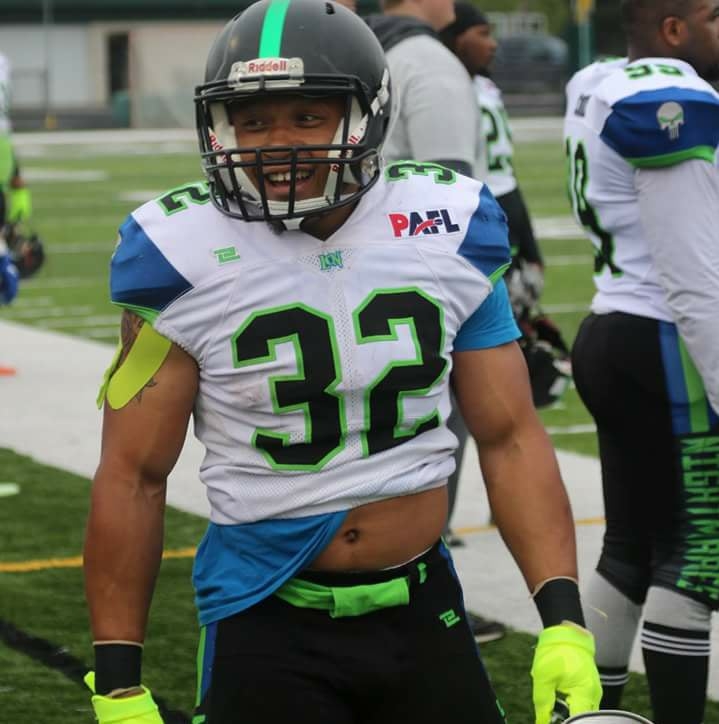 Five games into the PAFL season, it is starting to become clear who are the potential breakout players and stars of the league.  Lorain County Nightmares tailback Dontez is one of those breakout stars.  He is averaging nearly 100 yards a game on the ground, and has over a dozen runs of 10 yards or more.  He is liable to break one at any second, and opposing linebackers and secondary’s have had no answers.

You can get a closer look at Dontez over the final six weeks of the PAFL regular season.  Enjoy his highlight reel below as plays will only be added to this moving forward!

As we approach mid-season, running back Dontez Smith has emerged as a breakout player for the Nightmares. Take a peek at some highlights this season as we prepare for a WIN tomorrow.