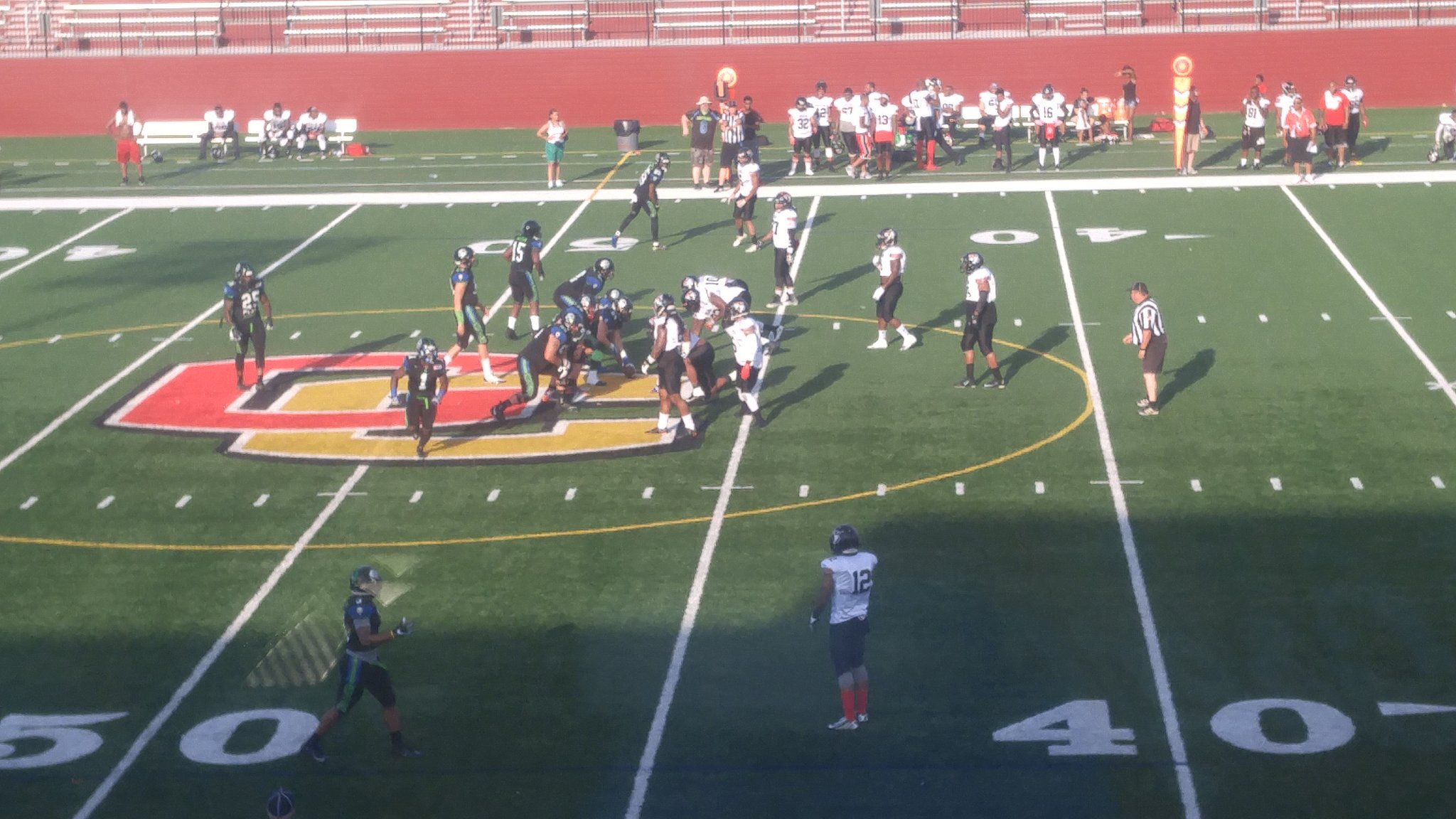 PAFL- The NEO Predators defeated the Lorain County Nightmares tonight 20-10, in a clash of two premier teams in the PAFL. This completes the season sweep for the Predators over the Nightmares as they won earlier this season at home as well.

The Nightmares stayed with them step for step and fought hard, but a few bad calls didn’t go there way late and the Predators hung on. The Predators stuck on three long balls tonight, for all 20 of their points. Young completed touchdown passes to Caleb Samol of 50 and 48 yards, along with one to Javier Stout. All of that coming in the first half.

The Nightmares had some success on the ground as Aries Irby had his best game of the season with 80 hard fought yards on 15 carries. The beast known as David Mosby also played well, with 3 catches out of the backfield for 26 yards and a touchdown. Mosby is a physical specimen if I’ve ever seen one.

It was not the best night for the boys in stripes however as they missed several crucial holdings call on Sonny Hazelwood. Along with some very questionable spots that gave the Predators some questionable first downs. That aside however, the Predators are a very good team that deserved the win.

The Predators got on the board first on their second drive of the game. An excellent defensive stop by LCN held them to a turn over on downs on their first drive. The second time around however the Predators made quick work and scored on the 50-yard launch from Young to Samol. It was a pass in which Richard Benson came within inches of intercepting. But as we know, the game is a matter of inches sometimes and his risk didn’t pay off. In fact, it hurt the Nightmares. The extra point would be blocked.

The Nightmares answered back on the strong leg of Greg Kovach who blasted one from 32 yards out. Fans, if you haven’t seen Kovach kick a ball, then you’re missing out. This kid blasts it so hard the pigskin actually screams ouch as it is flying through the air.

Up 6-3, the Predators were on the hunt for more, and got it. On a play that saw broken coverage by the Nightmares, it was Young hooking up with Samol again. This time from 48 yards out. The defensive back stopped short expecting a slant or curl, and the safety failed to pick up Samol and he burned them big. A total defensive breakdown that made everyone look bad.

Following a risky call by Adams to go for it on fourth and long at mid-field, the Predators got the ball back after the stop at midfield. NEO instantly made the Nightmares pay for their gamble. This time it was Young finding Javier Stout on a 3rd and long when two broken tackles led to a 52 yard touchdown.

The Nightmares did what they could to respond instantly. A long drive before the end of the half saw them cash in on a DiMarco scramble to find a wide-open David Mosby from 5 yards to cut into the lead at 20-10.

Despite two interceptions by LCN in the second half, the Nightmares could never get closer and fell 20-10. With about 5 minutes left in the game, the Nightmares stopped the Predators on 3rd and long to get the ball back, but then the ref called a phantom facemask penalty a good 30 seconds after the play ended. LCN never got the ball back from there.

The Nightmares will look to bounce back next week as they stay at home and welcome in the Canton Pitbulls.