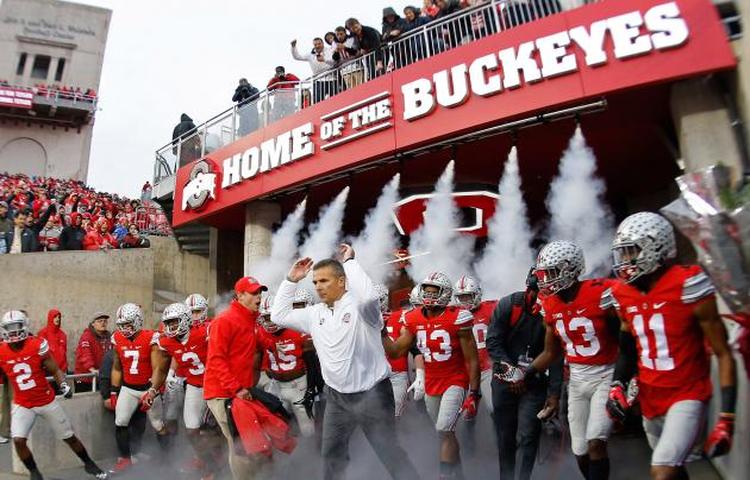 The Buckeyes entered Saturday’s afternoon matchup as 41-point favorites. It appeared from the start that Las Vegas certainly did their research, as the Bucks plowed through the fighting Illini with ease in the 52-14 victory.

Ohio State received the opening kickoff and marched 75 yards on nine plays to claim the early lead on a Mike Weber four-yard rush.

Defensively, the Silver Bullets did not allow Illinois’ offense to cap off their drives through any other medium other than punting.

On the ensuing Buckeye drive, it was JT Barrett’s turn to show off his speed on a three-yard run and full extension across the goal line to gain the early 14-0 lead.

In an apparent statement to Barrett of “anything you can do, I can do better,” Weber capped off the following OSU drive with a 43-yard dash to the end zone for his second score and the 21-0 lead.

This time, Barrett used his arm to find Binjamin Victor for an 11-yard touchdown. It would mark Barrett’s 100th touchdown pass for his career, making him the only Big Ten player to accomplish such a feat.

Up 28-0, the Illini managed to stop the Buckeyes short of the goal line, holding them to a field goal.

Undeterred on their succeeding possession, JK Dobbins topped of the eight play 53-yard drive with a one-yard run of his own, going up 38-0, which would mark the score at halftime.

Dwayne Haskins received Barrett late into the second quarter, and on his first snap in the second half that was not a handoff to backup tailback Antonio Williams, Haskins lost a fumble and enabled Illinois to obtain their first score on that return, making the score 38-7.

The following drive, the offense, led by Haskins, stalled once more. But, the punt that ensued was fumbled by Illinois.

Barrett re-entered and capitalized on the short field thanks to a 12-yard reception by tight end Marcus Baugh to extend the lead 45-7.

Third string signal caller Joe Burrow would enter the game and his his drive, the Bucks would again be halted.

Then, Haskins was given another opportunity and this time managed to lead Ohio State to a score on a 21-yard toss to Victor for his second touchdown.

The Illini answered with a nine-yard scramble by quarterback Cam Miller to make the score 52-14, the eventual final.

Ohio State’s next matchup comes in Ann Arbor, where a hungry Wolverine squad will be out for blood after failing to take down the Buckeyes in their previous five meetings.