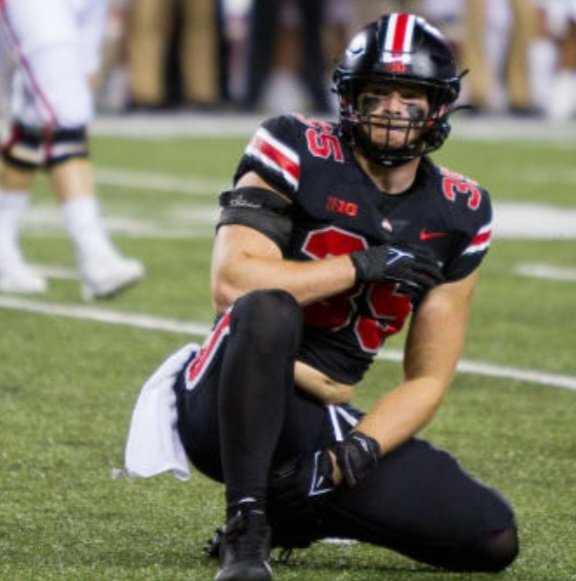 Following a 14-tackle effort in Ohio State’s conference-opening win over Wisconsin on Saturday night, linebacker Tommy Eichenberg is this week’s Big Ten co-Defensive Player of the Week, the conference announced this morning. Eichenberg shares the honor with Iowa’s Kaevon Merriweather.

Eichenberg, from Cleveland and St. Ignatius High School, added two tackles for loss to his stat line. The 14 tackles were a season high, as were his seven solo stops. With his help, the Buckeyes held Wisconsin to just 168 total yards through the first three quarters and star running back Braelon Allen to 67 yards on 15 carries.

Third-ranked Ohio State finishes a five-game homestand on Saturday when it hosts Rutgers for a 3:30 p.m. kickoff in Ohio Stadium. The game is Ohio State’s annual Homecoming contest. In addition, it will serve as the official celebration of the 100th year of Ohio Stadium. Tickets to the game are available online at http://go.osu.edu/fbtix.