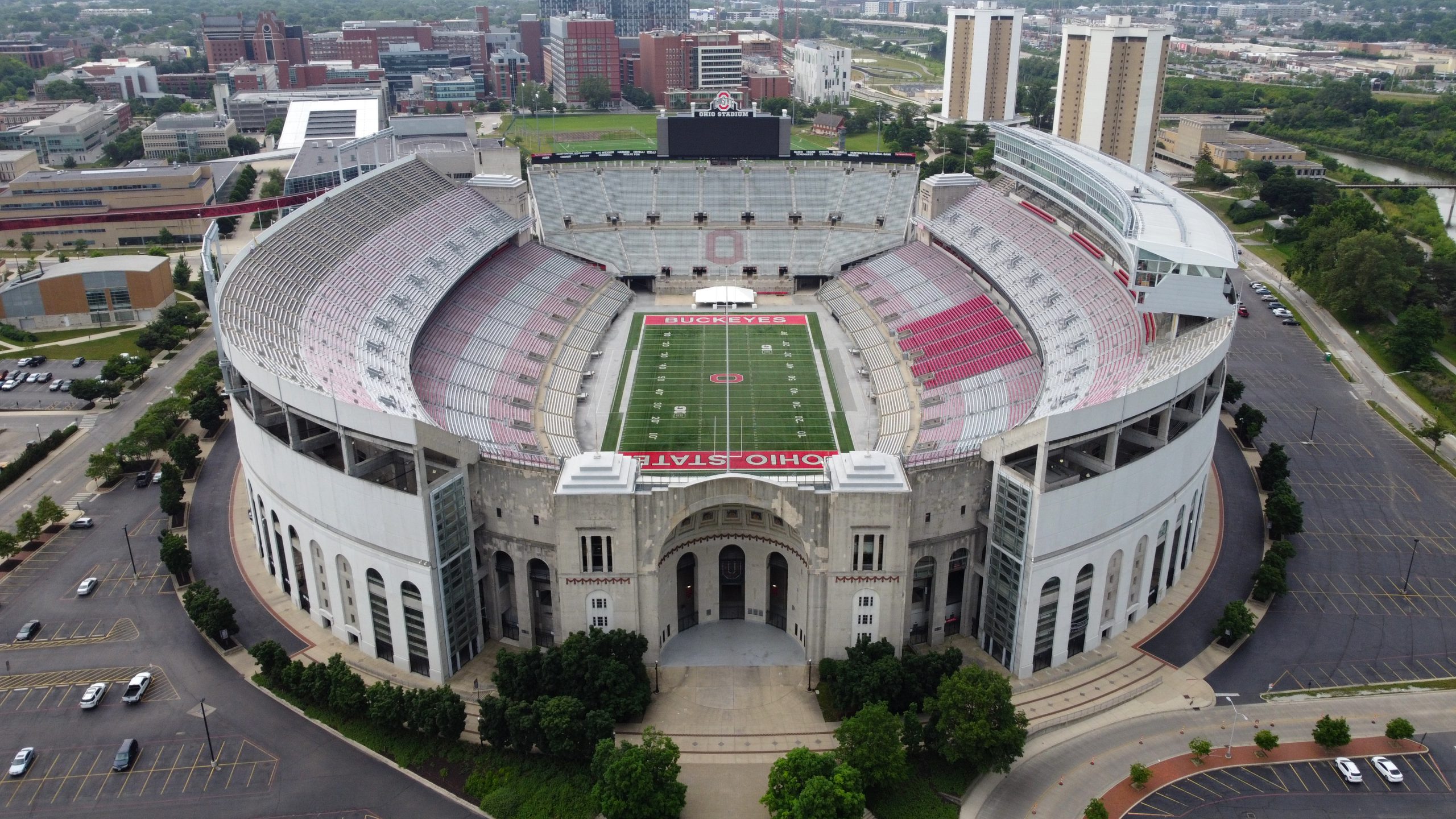 Ohio Stadium, one of the most recognizable venues in all of sports and listed on the National Register of Historic Places, turns 100 this week and The Ohio State University and Department of Athletics will recognize the honor around the Ohio State vs. Rutgers football game, set for Saturday with a 3:40 p.m. kick. The Big Ten Network will televise the game.

Activities this week include the installation of a permanent historical marker near the rotunda, a Block O card stunt recreation from the original Block O location in the stadium, and an on-field honor at halftime with the family of stadium architect, Howard Dwight Smith, whose stadium design earned him the American Institute of Architects’ top award for “excellence in public works.”

For more info: The official Ohio State Buckeyes website includes a comprehensive look at the stadium’s history, traditions and moments. Visit go.osu.edu/TheShoe100. And the Ohio State University Archives has opened “A Walk in Our ’Shoe: 100 Years of Ohio Stadium” at Thompson Library. The free exhibit focuses on the history of the stadium with historic uniforms and memorabilia from Buckeye coaching legends.

Fifth-largest stadium in the world has been home to 466 Ohio State wins and a .796 winning percentage!

Tickets to the game are available online at http://go.osu.edu/fbtix.