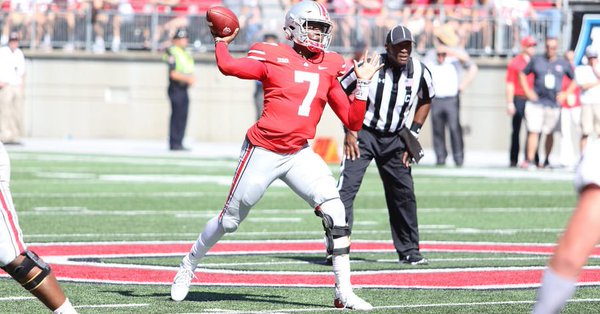 Ohio State may not have made the College Football Playoffs, but they will be sending their starting quarterback to New York.

Dwayne Haskins has been one of three finalist for the Heisman Trophy award. The award will be handed on Saturday, Dec. 8th on ESPN. Haskins will be playing New Years Day at the Rose Bowl. That match-up will be #9 Washington against #6 OSU.

Both of these quarterbacks will be playing against one another on Saturday, Dec. 29th at 8 p.m. on ESPN, #1 Alabama versus #4 Oklahoma. They will be playing in the Capital One Orange Bowl College Football Playoff Semifinals.

Here’s how each candidate stacks up against each other:

Here is the moral of the story. All three of these exceptional players are worthy of the award. Only one can win. Here are the odds according to Bovada:

It is clear that Haskins will more than likely place third in the voting. We will find out Saturday evening.