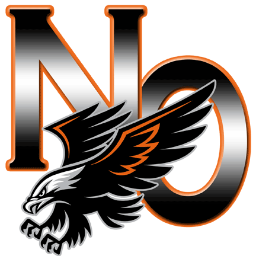 The North Olmsted Eagles grinded their way to a 41-40 victory at Berea-Midpark on Wednesday night, advancing to a Division I sectional final.

It seemed there was a lid on the basket for the first three quarters, as Berea-Midpark led, 23-22, heading into the final period of play.

Both offenses woke up in the fourth.

North Olmstsd had a 38-37 lead with 1:08 to play before sophomore Trevor Bycznski made two free throws to give Titans the lead.

Following a steal, Berea-Midpark junior Jalen Dixon split a pair of free throws with 35 seconds to play to make the 40-38 in favor of the Titans.

North Olmsted worked the clock down and Southwestern Conference MVP Josh Hufstetler hit a driving layup to tie the game and was fouled on the play with 5.5 seconds remaining.

He made the free throw for the winning point. Dixon got off a 15-footer at the buzzer, but it was off the front of the rim.

North Olmsted upset Avon in the regular season on Jan. 27 and the two teams split their matches.