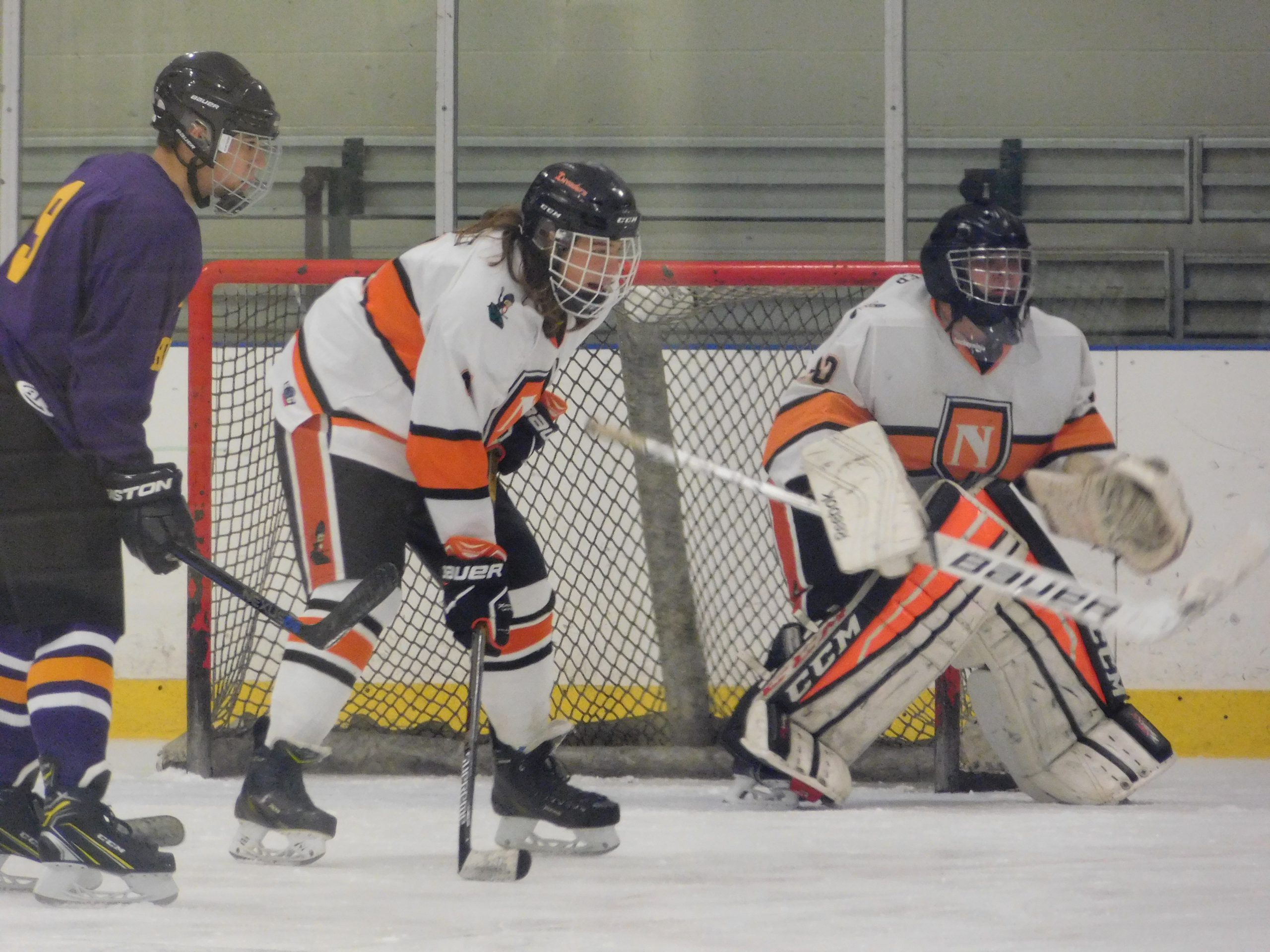 The Normandy Invaders skated to a 4-1 win Sunday over Kent Roosevelt, moving on to the championship game of the CVCA Christmas Tournament.

The Invaders will play the host Royals on Monday at 2pm. CVCA on Sunday shutout the Lakewood Rangers 5-0 to punch their ticket into the title affair.

Normandy has been impressive in their three tourney win, as they topped Twinsburg 11-4, beat Lakewood 2-0, and Sunday again were solid on defense with the 4-1 win.

Ian Drlik got the Invaders on the board in the first with a goal at 7:45 with Jeffrey Sutyak collecting the assist.

The first period saw Normandy put up 12 shots on goal, to 11 for the Rough Riders.

The Invaders went up 2-0 in the second, as Jason Pierzchala lit the lamp to give Normandy the two-goal edge. They added a third goal 37 seconds into the third, as Tyler Beck scored to make it a 3-0 affair.

With 7:36 left to play it was Pierzchala scoring his second goal of the day to give Normandy a 4-0 advantage.

Kent Roosevelt scored their only goal of the day on a Phil Macomber goal just 12 second after the second Pierzchala goal, but it wasn’t enough as the Invaders held off the Rough Riders the rest of the way.

Derek Billiter got the win for Normandy, stopping 32 of 33 shots he faced.

On the other side Jake Bennett faced 41 shots, and stopped 37 of them in defeat for Kent Roosevelt.

The Rough Riders will play in the third place game at 12pm Monday, as they will take on Chagrin Falls, a team they defeated on Saturday 8-1.