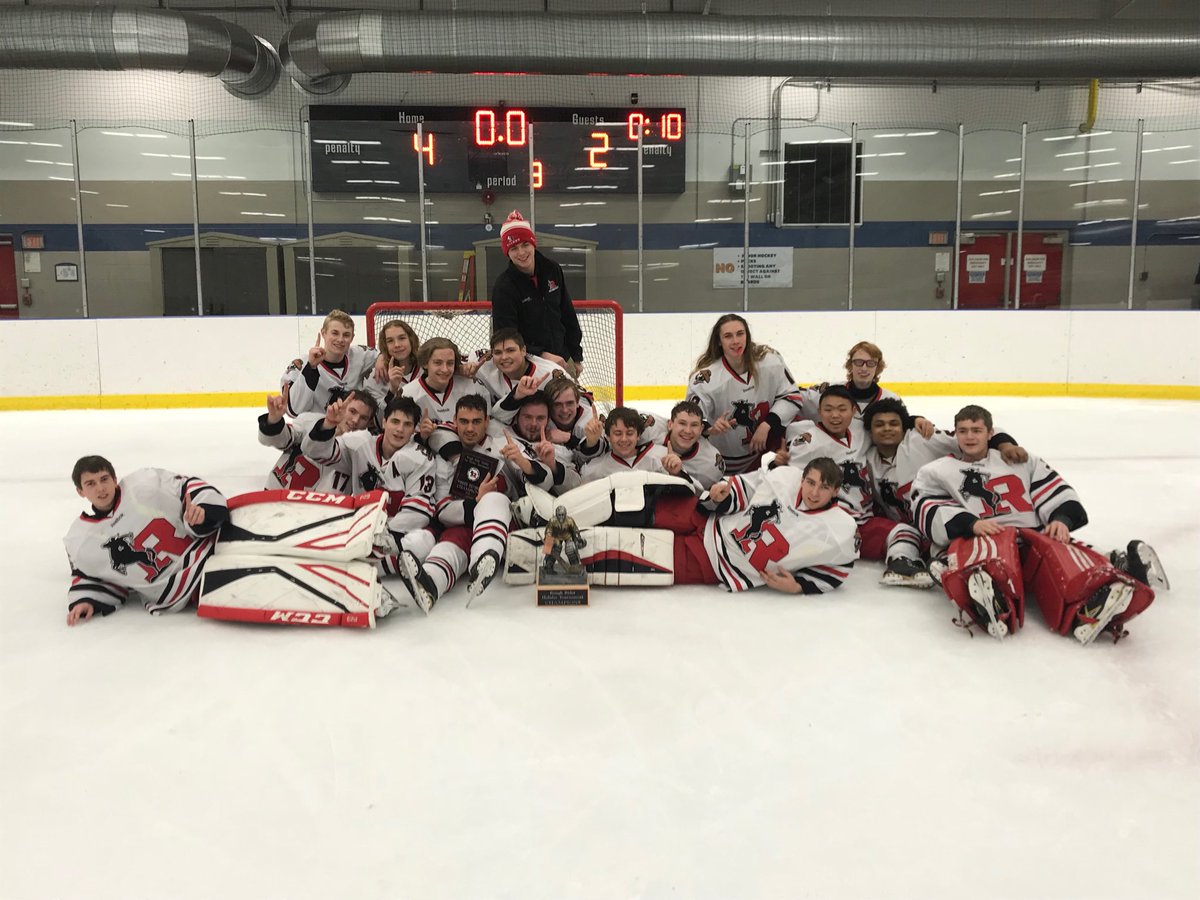 The Kent Roosevelt Rough Riders put on an impressive display on Saturday, as they beat the Chagrin Falls Tigers 8-1 in the continuation of the CVCA Christmas Tournament.

The Rough Riders, currently leading the GCHSHL White Division North League with a mark of 3-2-0, were led by forward Nick Krestan, who scored four times and had a pair of assists in the win.

Krestan was helped out by defender Branden Monroe, who netted a goal to go along with a three assists in the victory.

Tigers goalie Charlie Gunn stopped 49 of 57 shots in the setback for Chagrin Falls, who on the year are 0-5-0 in league play thus far in the GHCHSL White Division South League.

The lone goal for the Tigers went to forward Garrin Bunker, who lit the lamp with Chagrin Falls trailing 3-0 in the second period.

The assist on the goal went to Andrew Kirkpatrick, but it was the only goal that Rough Riders goalie Zac Harper would allow in the win.

Harper stopped 19 of 20 shots he faced in the victory.

The Rough Riders built a 3-0 lead after one on goals by Ethan Steffl and two by Krestan. They outshot the Tigers 23-5 in the first 15 minutes.

After Chagrin Falls pulled to 3-1, Roosevelt came back with a goal by Monroe to make it 4-1, and then Krestan and Robbie Lachman scored along with Phil Macomber to make it 7-1 after two periods.

Krestan scored the games final goal with 8:24 to play to wrap up the scoring in the seven goal victory.

The Rough Riders outshot the Tigers 57-20 in the win.

Kent Roosevelt’s next GCHSHL game will be on January 3rd in Kent against Western Reserve Academy at 7pm.