New England Patriots Sign Former Browns DE John Hughes, Who Could Turn Out To Be A Star 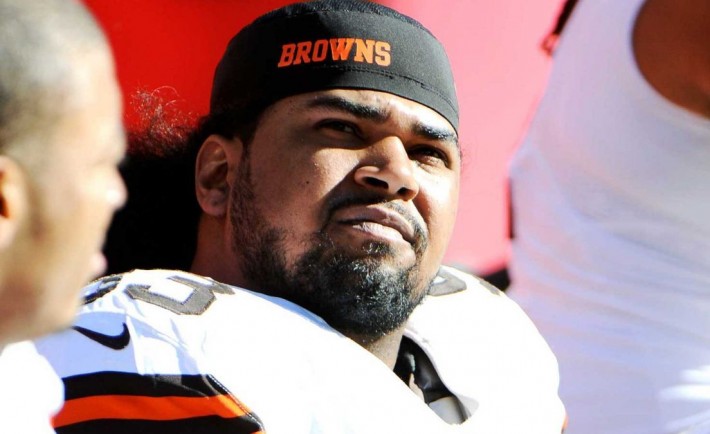 One man’s trash is another man’s treasure -the motto of the New England Patriots.

The Cleveland Browns drafted defensive end John Hughes in the third-round of the 2012 NFL draft out of the University of Cincinnati.

Hughes, 27, never really lived up to starting material, but rather was a very versatile defensive lineman who added the necessary depth. In 2015, Hughes recorded 1.5 sacks. In his entire NFL career, he has 5.5 total sacks.

The New England Patriots picked up Hughes after the Browns dumped him the other day.

He seems quite excited about joining the Patriots. Upon signing with the Patriots, Hughes released a very nice statement.

As I begin the next chapter of my career, I wanted to thank the fans of the Cleveland Browns as well as the Browns organization. From my draft experience, to meeting new friends out in the community, to starting my family, I have had many great experiences in Cleveland. Cleveland always in my heart but on to helping the Patriots win their next Super Bowl!

This is the season Browns player that has been picked up by the Patriots this season. Former first-round linebacker Barkevious Mingo was traded last month and has looked quite stellar in his first games as a Patriot.

Remember defensive end Jabaal Sheard? Well he is a dominant force on defense and has been quite successful in his two seasons in New England. Last week against the Texans he registered two sacks. This really could never have occurred in Cleveland.

It will be very interesting to see if Hughes earns anymore sacks and how active he will be. He definitely brings more depth to a struggling defensive line that has been plagued with injuries.