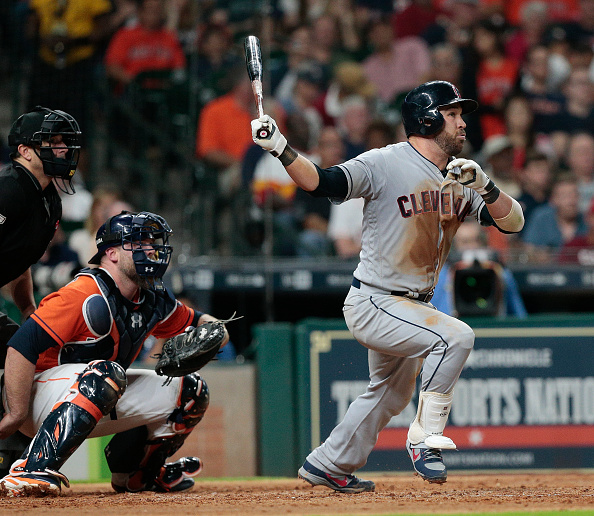 ** The Indians and Reds took to the field for another Cactus League game Sunday, and played to a 2-2 tie. Trevor Bauer got the start for the Indians, and went two innings without allowing a hit or run in striking out three.

Zach McAllister (1.0IP, 0R) and Stephen Fife (2.0IP, 1H, 0R) also threw well for the Indians in the tie. Jason Kipnis homered in the 3rd inning in his first spring contest as the Indians tied the game at 2 in the top of the 9th inning on an RBI triple by Greg Allen (2-for-2), scoring Francisco Mejia, who singled.

Kip had a good start to #TribeSpring! ?

His dinger from the 3rd: pic.twitter.com/QsxjA1t2Xl

The Indians will be in action on Monday as they will travel to Maryvale to take on the Milwaukee Brewers at 1:05pm, Josh Tomlin will go for the Tribe in the affair.

** Jose Ramirez made a nice play during the tie this afternoon as he gets ready for 2018.

Taylor also recorded one save on May 17 at St. Louis, tossing the final inning and striking out two batters. He missed time July 26-August 30 with a left intercostal strain, and spent the remainder of the season at Triple-A Pawtucket after being activated from the D.L. With Pawtucket he posted a 2.70 ERA and 2 saves in 12 relief outings (13.1IP, 7H, 4R/ER, 5BB, 12SO, .156 avg). He was on the Triple-A D.L. from May 28-June 25 with right elbow inflammation.

** With the pickup of Taylor, the team put pitcher Cody Anderson on the 60-day DL as he continues to work his way back in 2018 after missing all of 2017 with right elbow surgery.

The righty went 7–3 with a 3.05 ERA in 15 starts for the Indians his rookie year, but has had nothing but bad luck since then, and now will have to wait awhile longer to get back in the swing of things.

** Early on Sunday the Indians announced they have signed free agent righty Matt Belisle to a Minor League contract with a non-roster invitation to Major League Spring Training camp, bringing the total number of non-roster invitees to 23.

Belisle, 37, spent the 2017 season with the Minnesota Twins, posting a mark of 2-2 with 9 saves and a 4.03 ERA in 62 relief appearances (60.1IP, 48H, 27ER, 22BB, 54SO, .218 avg). He served as the club’s primary closer over the last two months of the season following the trade of RHP Brandon Kintzler, converting 9 of his 11 save opportunities after July 31. The Austin, TX native’s 8.06 strikeouts per 9.0 IP were the second-best mark of his career and his .218 batting average against was a new career-low. He also recorded 14 holds, which were tied for sixth in the American League at the All-Star Break.

** A quick story from Believeland Ball as to why inking Belisle is a good move for a team that is looking to fill the void left by Bryan Shaw and Joe Smith heading into 2018.