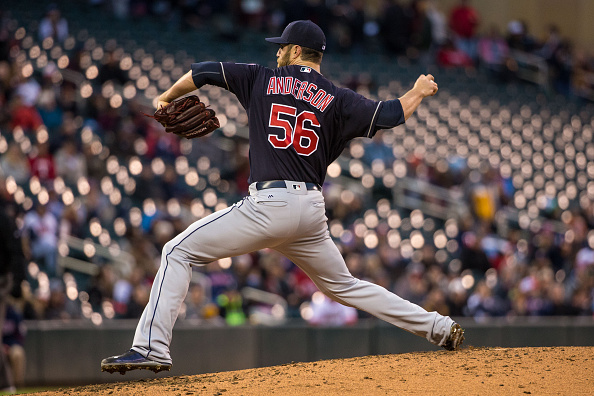 It’s another day of training for the Tribe out in Goodyear, as the team marches towards their first spring training game against the Cincinnati Reds this Friday, February 23rd.

The big news this weekend is the team bringing back outfielder Rajai Davis on Saturday on a minor league deal, a move that has many Indians fans excited thinking about his infectious play of two seasons ago when he led the AL in steals and hit maybe the most dramatic homer in franchise history in game seven of the World Series to tie the game.

The Cleveland Indians have officially signed Rajai Davis to a minor-league deal.

I think we all remember his last at-bat for this organization very well. pic.twitter.com/vfpO9URlTo

Davis will compete for a spot in the outfield this spring. Speaking of which, another player that is looking to make an impact and possibly steal a roster spot in the outfield is that of Greg Allen, who came up last September and played well in the short time he was with the Tribe.
Believeland Ball writes today about the chances of Allen making the Tribe’s opening day roster.

Back to Davis, here he is chatting about coming back to the Indians and of course talking about that wild homer to tie the final game of the 2016 World Series against the Cubs.

Rajai Davis is happy to be back with the Tribe. Said he has the bat with which he hit his legendary home run in Game 7 of the 2016 World Series proudly displayed in his office. #Indians pic.twitter.com/9pArTdKqvv

Yet another outfielder looking to make the team is that of Melvin Upton Jr., and he spoke to reporters on Sunday and said that he’s pumped to play for a team managed by Terry Francona.

Pitcher Cody Anderson took another step forward in his recovery on Saturday, as for the the first time since Tommy John Surgery he threw off the mound.

“I know he was excited,” bullpen coach Scott Atchison said. “I thought he threw the ball well, 15 fastballs, probably 13 strikes. It was coming out well. He’s trying to stay within himself and I thought he did a good job with that.”

With the Indians catching position in good hands with Yan Gomes and Roberto Perez, it sounds like the team is going to continue to try and find ways to get Francisco Mejia on the field at the Major League level at some point this season. It’s no secret the team has toyed with playing him some at third base, but GM Mike Chernoff said that Mejia could see time at multiple spots in 2018.

The Indians were linked this offseason more than once to Orioles slugger Manny Machado, and on Saturday the O’s hitter who slammed 33 homers a year ago talked about the rumors of him possibly being dealt.

He’s playing a new position in 2018 (shortstop) and the time for the Indians to try and make a deal for him may have passed. Now there’s another team that could swoop in for Machado after the 2018 season, that being the New York Yankees, who might make a run at home next offseason.

Indians manager Terry Francona is back with the team after the death of his father, and spoke about the time away from the team as well as being back with the Indians after a few days away.