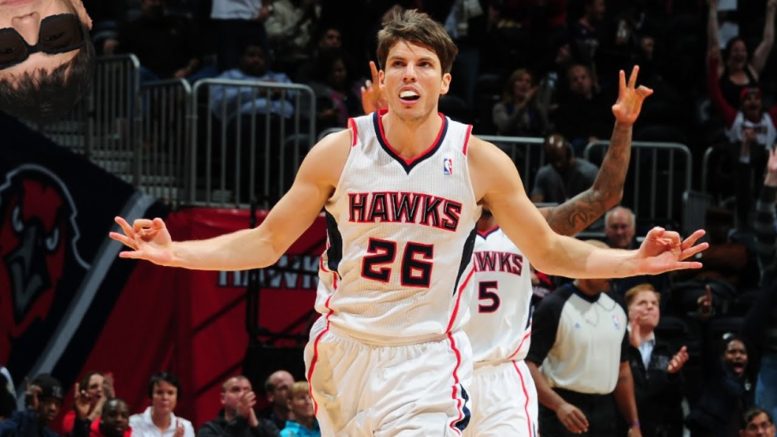 The Cavaliers have been on the lookout for another sharpshooter, and according to multiple reports, they have their man in Hawks swingman Kyle Korver.

League sources have confirmed those reports with NEO Sports Insiders, and the Cavs will soon make the deal for Korver official.

Korver told reporters Thursday he has been traded.

“It’s hard for me to leave (Atlanta) behind,” he told the media. “Obviously it’s a great opportunity for me to go to Cleveland.”

The Cavs are also working on obtaining a backup point guard sometime within the next week, with free agent Mario Chalmers believed to be the frontrunner. Free agent and former Cavs guard Jarrett Jack is also said to be in play, as are several others.

Korver, 35, is averaging 9.5 points and shooting 41 percent on 3-pointers this season. The Cavs are hoping he will help relieve the loss of starting shooting guard J.R. Smith, expected to miss 10-to-14 weeks following a thumb surgery.

Hawks coach Mike Budenholzer pulled Korver into a side room just before Thursday’s game at New Orleans, according to the Atlanta Journal-Constitution. Korver got dressed and went through pregame warmups, but did not play in the game.

He shook hands with teammates prior to tipoff, and the postgame locker room was reportedly emotional as the Hawks said their goodbyes.

A Cavs executive was in Atlanta last week to scout Korver, the Journal-Constitution reported.

Korver talked about the possibility of being traded earlier this season.

“The first time I got traded I was really thrown, because you’re like, ‘Man, somebody doesn’t want you. Somebody gave you away,’” he told reporters. “It hurt. Then this veteran player said, ‘It’s because somebody wanted you more.’ If you are in trade rumors, that means that someone else wants you. It’s not just that someone doesn’t want you.”

Dunleavy, 36, was traded from Chicago to the Cavs for the rights to Albert Miralles this past the offseason. He is averaging 4.6 points in 23 games.

ESPN has reported the Cavs are also nearing an agreement to swap first-round draft picks with Portland. According to the report, the Cavs will send their 2017 pick to the Trail Blazers in exchange for a Blazers’ 2018 first-rounder.

Yahoo Sports was the first to report the impending Korver deal. The website added that the Hawks are also looking to move forward Paul Millsap — with Toronto, Denver and Sacramento among the interested teams.

Report: Cavs Finalizing a Deal to Acquire Guard Kyle Korver From Hawks
Youngstown State Penguins Have The Chance To Become Champions Once Again, All Because They “Bolieved” In Their Coach