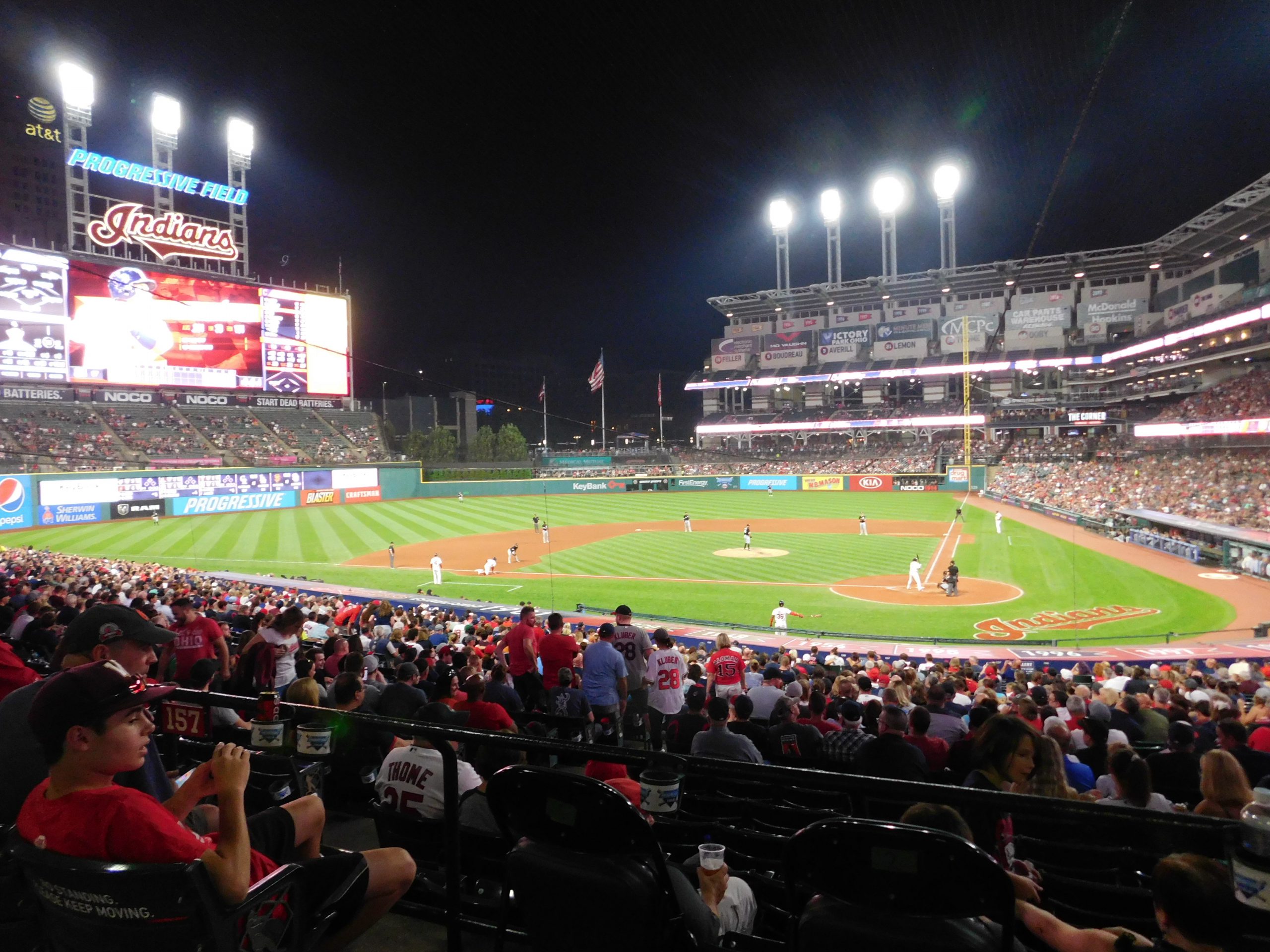 On a night when again the weather was more like fall than late spring, the Indians did enough with some great clutch pitching, defense, and a great at-bat by Tyler Naquin to pull out a 2-1 win at Progressive Field.

Shane Bieber was the star, going 7.2 innings, allowing just one run on six hits, keeping the Tribe in the game until the offense could get a chance to win it in the 9th.

Francisco Lindor drew a walk, and three batters later after a fielder’s choice and strikeout, Carlos Santana drew another walk.

Here’s a few takeaways from the win from Friday night as the team will look for another win over Seattle at 4:10pm Saturday.

The Indians got the big hit when they needed it, as Tyler Naquin came through and didn’t wait, hitting the first pitch for a single to get the teams’ second run home to steal the win.

“At that point I didn’t care about the approach (to Naquin’s at-bat), I just wanted him to get it to the outfield so we could win it,” Indians manager Terry Francona said.

After the team trying to get a bunt down and not being able, it would have been easy for them to have wasted the walk to start the frame, instead they got the run after Carlos Santana worked a walk on four pitches.

Naquin is hitting now .278 on the season, and maybe what was more impressive is he did it off the bench coming in cold as a pinch-hitter for Jordan Luplow who got the start in right field.

Another impressive stat is the fact the team has won eight of nine to start series’ in 2019.

You knew the 🤘 were coming!@TyNaquin reveals to @DreKnott that he wasn't even using his own bat when he walked the @Indians off.#RallyTogether pic.twitter.com/0W75xhgzuQ

He threw a career-high in pitches as well, throwing 114 pitches, 76 of which were strikes. He went right after hitters, recording strikes on first pitches to 13 of 29 batters.

Bieber has a shot to quickly make a name for himself, as he quickly goes from the Indians fifth starter who can get passed up based on the schedule, to the teams’ number three starter.

Last year the teams’ number three starter was a guy named Trevor Bauer, and he was in the race for the AL Cy Young award until he got hurt in early August.

The Mariners looked like they would be taking a lead in the fifth when Tim Beckham lead off the inning with a ball that got over the head of Leonys Martin.

With Martin down, Jordan Luplow played the backup role perfectly, making a great throw to the infield which Francisco Lindor then got to Jose Ramirez to place the tag on Beckham for the first out of the inning.

A runner on third with no outs in a tie game is a sure fire way to see yourself losing within a few moments, but thanks to some very heads up defense, the game remained tied.

The Mariners score there and it’s an uphill climb, and who knows if the Indians can climb out of it .