Naquin Making Most of Opportunity 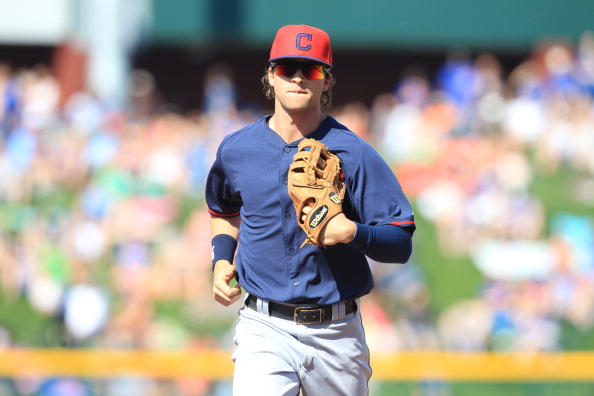 Tyler Naquin finally made it to The Show by cracking the Tribe’s Opening Day roster in April, but he frequented the Cleveland-Columbus shuttle for the first two months of the season.  He was only up initially due to Lonnie Chisenhall and Michael Brantley‘s injuries and the PED suspension of Abraham Almonte, but he made quite an impression and got called up for good on June 2.  The 2012 first round pick has not looked back since and has placed himself right in the middle of the AL Rookie of the Year discussion.

Whether it’s a chip on his shoulder from being sent down a few times or just adjusting to major league pitching, Naquin has scorched the ball since being recalled on June 2.  Wednesday’s game against Kansas City was a perfect example.  He went 3 for 4 with 2 home runs, a double, 6 RBIs, and a walk.  In 35 games since the call-up, Naquin has batted .327 with 12 dingers and 27 RBIs.

While Naquin wasn’t expected to make a big splash this season, his numbers stack up well compared with other AL rookies.  His 12 home runs are tied for first among rookies, and he leads all rookies in triples, slugging percentage, and OPS.  He is second in average (just .005 points off the lead), runs, and on base percentage, and ranks fourth in hits, fifth in RBIs, and sixth in walks among qualified AL rookies.

The biggest surprise from all of those numbers is the fact that Naquin is a centerfielder who isn’t supposed to hit for power.  He never hit more than 10 home runs in any minor league season, but has managed to hit 12 in a span of just 36 games.

Naquin has built a solid Rookie of the Year resume so far this season, and of course he will most likely hit a slump at some point in the year, but the potential hardware is not nearly as important as what he’s meant to the contending Indians this season.  Naquin, along with Rajai Davis, has provided stability in the Tribe outfield and unexpected pop at the bottom of the order.  While it was unexpected, Naquin has developed into a key part of the Tribe offense as the team fights for a playoff berth.

Indians and Brewers Multiplayer Deal in the Works?
Pitching Matchups for the Indians-Orioles Weekend Series in Baltimore