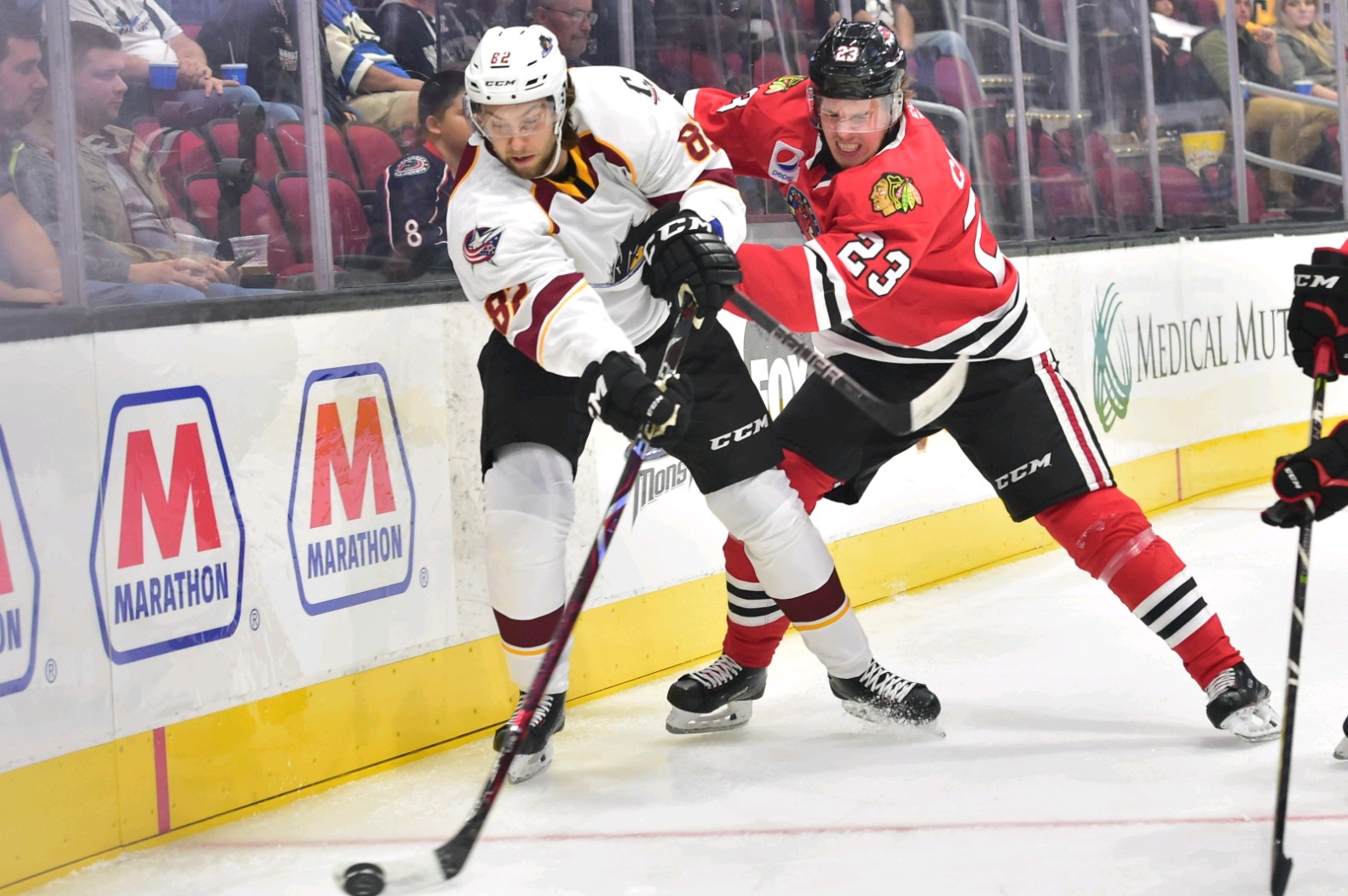 CLEVELAND – The Cleveland Monsters, American Hockey League affiliate of the NHL’s Columbus Blue Jackets, picked up their first win of the season on Friday night, defeating the Rockford IceHogs by a final score of 4-1 in front of 10,775 fans at The Q. With the win, the Monsters improve to 1-0-0-0 overall, tied for first place in the Eastern Conference’s North Division.

Rockford grabbed an early 1-0 lead Friday night when Matthew Highmore potted his first goal of the season at 17:11 of the opening frame on feeds from Victor Ejdsell and Luc Snuggerud.

In the middle stanza, Cleveland leveled the score at one with an even-strength Eric Robinson tally, his first professional goal at 1:58 of the second period thanks to Zac Dalpe’s lone assist.

In the third, Kevin Stenlund notched his first career AHL goal, an even-strength marker, assisted by Nathan Gerbe, at 3:26 of the period to give Cleveland a 2-1 lead. The Monsters pushed their lead to 3-1 on an even-strength tally from Vitaly Abramov at 15:14 of the final frame with assists from Michael Prapavessis and Dillon Simpson. Justin Scott closed the scoring with an empty-net goal at 17:07 to seal a Monsters opening night victory, 4-1.

Cleveland net-minder Jean-Francois Berube stopped 24 of the 25 shots faced Friday night to improve to 1-0-0, while IceHogs backstop Kevin Lankinen stopped 18 of 21 pucks to drop to 0-1-0.