Monsters Have Off Night, Fall To Charlotte 4-1 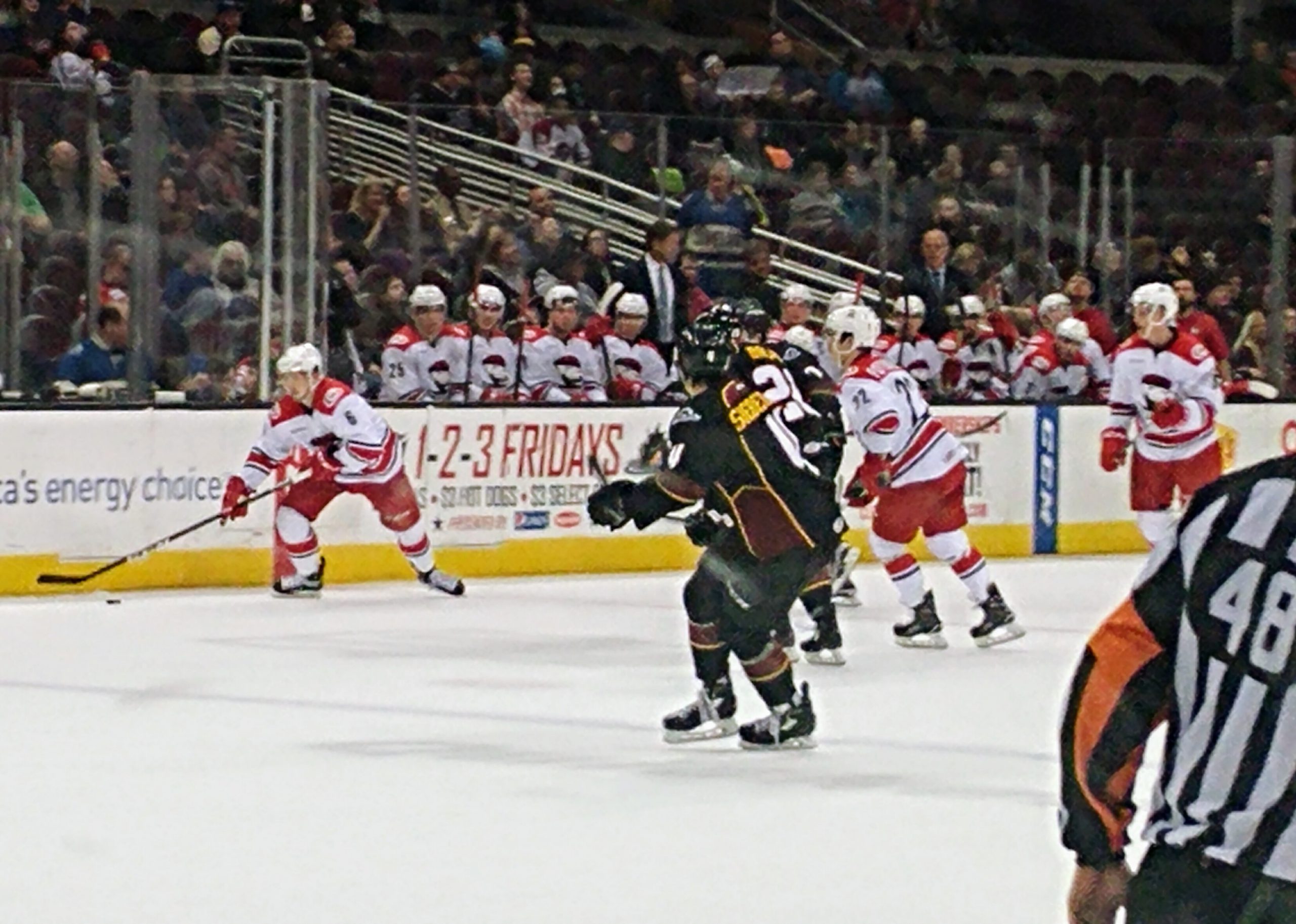 CLEVELAND, Ohio- The Cleveland Monsters took the ice looking for their seventh consecutive victory as well as a chance to separate themselves from Charlotte a little bit more. Thursday’s game would be the last game in the long homestand, as the team will head to Chicago on Saturday to start their five-game road trip.

The opening frame was very interesting, as it started with both teams being stingy defensively. The offenses struggled to get an opportunity on goal for half of the period, as both back lines proved to be formidable forces. Though Cleveland would start to open up with good opportunities in the second half of the frame, they were unable to put the puck in the net. The teams headed to the locker rooms deadlocked at zero.

Chris Brickley changed the landscape of the game real fast with a goal at the 1:17 mark of the second frame, as he broke ahead of the pack and sent the puck over goaltender Anton Forsberg’s head. From there, Charlotte would be the aggressor for the rest of the night. Andrew Miller scored a short-handed goal when he made Jaime Sifers and T.J. Tynan collide to open up a lane for himself. Miller would skate to the right side of Forsberg and pot the marker at the 7:14 mark. Charlotte would head into the break leading 2-0.

Charlotte would score the third consecutive goal of the game when Phillip Samuelsson sent home the marker at the 4:20 mark of the final frame. Zac Dalpe would try to send life back into the Monsters when he would handle a pass near the right side of the crease sent by Tynan that he would put home. Unfortunately, Charlotte finished Cleveland off with a marker at the 12:43 mark by Danny Kristo.

“Just an off night. We couldn’t get on track.” stated Coach Madden after the game.

“There’s no time to dwell on this game. We got five on the road and three back home so we have to start focusing on our next game, which is Chicago.

Madden is happy about the team’s turnaround that happened during the long homestand.

“I think we’re feeling pretty good about our game, and we should. We ripped off five or six in a row. So we feel good. We’ll just go past it (Thursday’s game) and start thinking about the next game.”

Cleveland drops to fifth place with the loss and will look to regroup Saturday in Chicago.