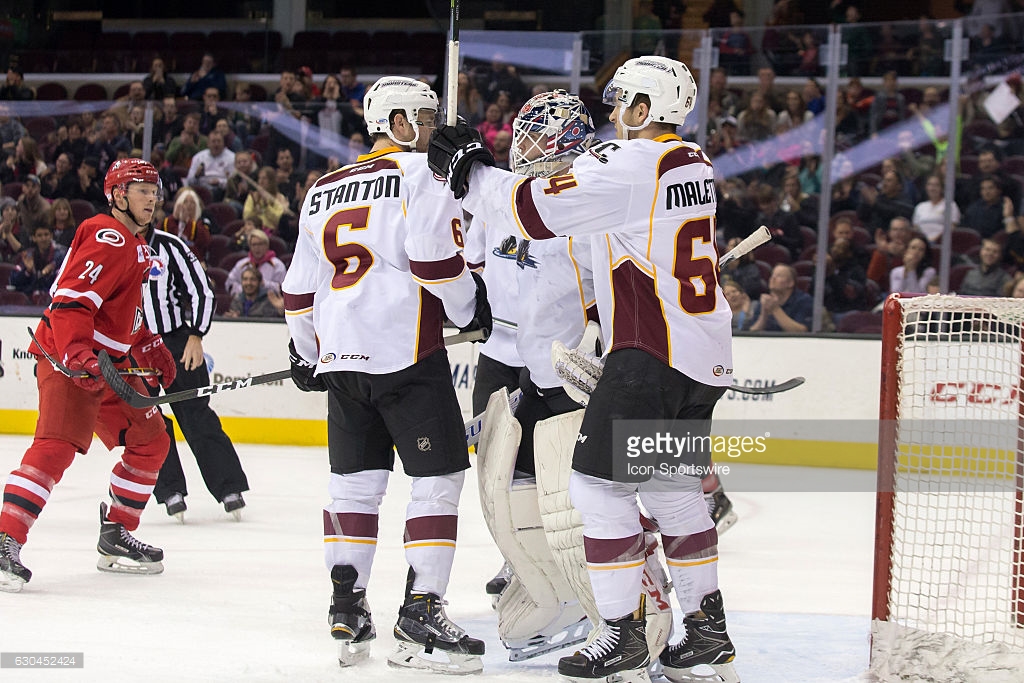 CLEVELAND – The Cleveland Monsters have had their up and downs this season. After announcing early Friday of the switch with players called up to NHL Columbus, they got wind of another player from Cleveland that would be missing in Friday’s game lineup.

The American Hockey League announced Friday that Cleveland Monsters defenseman Ryan Stanton has been suspended for two (2) games as a consequence of his actions in a game at Chicago on Feb. 22.

Stanton was suspended under the provisions of AHL Rule 28.1 (supplementary discipline). He will miss Cleveland’s games tonight (Feb. 24) and Saturday (Feb. 25) at Charlotte. Stanton should be back in the lineup on Tuesday against Grand Rapids at Quicken Loans Arena.