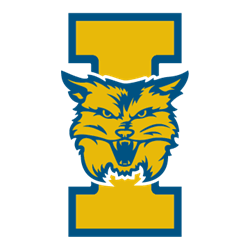 It was a very eventful opening frame for the back line of Holy Name, as St. Ignatius fired at will towards goaltender Anna Cvitkovich. The Wildcats would be able to get one of their twelve shots past Cvitkovich, as Matt Wiegandt sliced and diced his way through the Green Wave’s defense and deked out Cvitkovich for the goal at the 7:52 mark. The Wildcats would head into the break leading Holy Name 1-0.

Bain Kurtz got the Wildcats rolling in the middle stanza, striking for a goal forty-three seconds off of a Mike McCaffery pass to make it 2-0 Wildcats. McCaffery wasn’t too far behind, scoring at the 2:18 mark of the frame to extend the lead to 3. St. Ignatius kept coming with a barrage of shots, as Connor McGowan’s 6:25 marker off of a Frebes pass made it 4-0. Connor Koehnke scored a short-handed goal and Girard fired a one-timer with 0.2 left to head into the locker room leading Holy Name 6-0.

The Wildcats would strike for three more in the third frame, as they would advance to the Brooklyn District Final following their 9-0 win over Holy Name.

St. Ignatius will play the winner of the 5:00pm game between the St. Edward Eagles and Rocky River Pirates.