“The Magic is Still There,” 5 Notes on Cleveland Indians’ Season Opener 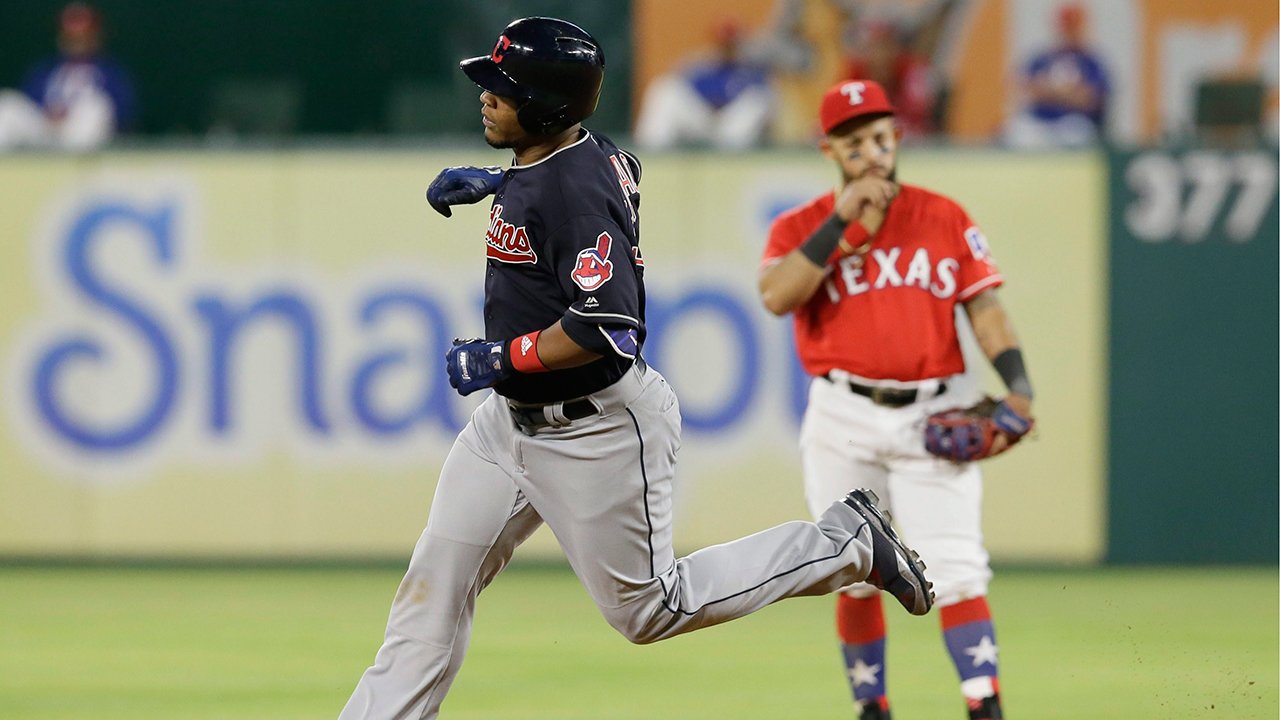 The Bullpen– They are who we thought they were. Even after one game, the dominance that radiated brilliance all last season looked anything but raw as Tito did his usual shuffling of pitchers that completely shut down an amped up Texas lineup. Taking over in the seventh inning, a lethal concoction of Dan Otero, newly-acquired Boone Logan, Andrew Miller and Cody Allen shot the Rangers’ off their high horse and complete shut down their bats to give the offense a fighting chance.

Eighth Inning Payoff- Trailing 5-4, the Indians were still chipping away at a once 5-1 deficit before the big bat of Edwin Encarnacion stepped in for a crucial spot, looking to show early promise on his monumental payday. Launching a high-arching no-doubter off his bat, Encarnacion tied up the game and turned the ball over a half inning later to another big time investment in Andrew Miller. Somehow, Miller’s stuff got even nastier in the offseason. Working on his pitches while prepping for the World Baseball Classic, Miller stuck to the basics and struck out a pair, including an oh-so-delicious punch out of Jonathan Lucroy, and breezed through the bottom of the eighth.

Yandy, Have a Day– A curious delight from spring training, Yandy Diaz didn’t let his first opportunity in the bigs be too much for him as Diaz ripped an opposite field double for his first major league hit and made great contact with the ball in his second plate appearance. On top of that, Diaz flashed the leather with a great diving stab to rob Nomar Mazara of a hit.

Two Sides of Kluber– Ace Corey Kluber gave us a taste of what pitching in the first month is: inconsistent. While we’ve grown to expect greatness from Kluber, his still needs his tweaking as early on the Texas hitters were mashing his pitch. Loud outs, home runs, all very uncharacteristic of him, but like always, Kluber found a way to be dominant. Tweaking his pitches just a bit, after surrounding his second home run of the day to Rougned Odor, Kluber retired 10 straight Rangers while dealing with blisters in the Texas humidity. Breath easy, Kluber will be just fine.

The Magic is Still There– climbing out from a 5-1 hole, you just felt this buzz in the air that the Tribe weren’t done scoring. Tying up the game in the eighth, the Indians offense exploded for three runs in the ninth by stringing together hits as Abraham Almonte scored Tyler Naquin from second followed by an RBI double from Carlos Santana sent Almonte home and finally the Indians capped of the scoring with the smoothest run of all on a Michael Brantley’s RBI single scored Santana. Cody Allen came in a closed the door, but of course made thing dramatic by surrendering a one-out triple to Elvis Andrus to make things interesting before finally striking out the side to end the game.