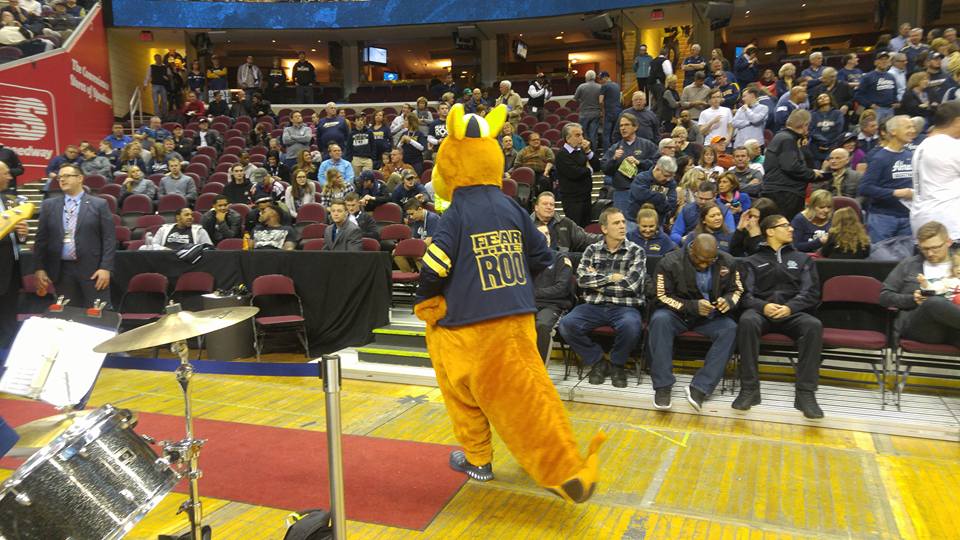 CLEVELAND-– A shaky first year for Akron without longtime head coach Keith Dambrot ended on a sour note as they blew a big second half lead late, to fall to Eastern Michigan, 67-58, in the nightcap of Thursday MAC Action at Quicken Loans Arena.

Akron was a huge underdog coming into the game, but they have been known to play their best basketball every March, so not many in the crowd were shocked when they led 52-35 with only 9 minutes to go.  A 17-point lead that late in a college basketball game, is almost impossible to surrender, but Akron found a way.

Over the next 5 minutes, Eastern Michigan showed why they have won 21 games this season as they went on a wild scoring spree to pull within six at 57-51.  Akron would only score one more point the rest of the way as Eastern Michigan remained red-hot.

Over the game’s final 5 minutes, Eastern Michigan simply couldn’t miss and finished the contest on a dominant 16-1 run.  A 3-pointer by Jordan Nobles at the 3:15 mark tied the game at 57-57, and from there little doubt remained where the rest of the game was going.