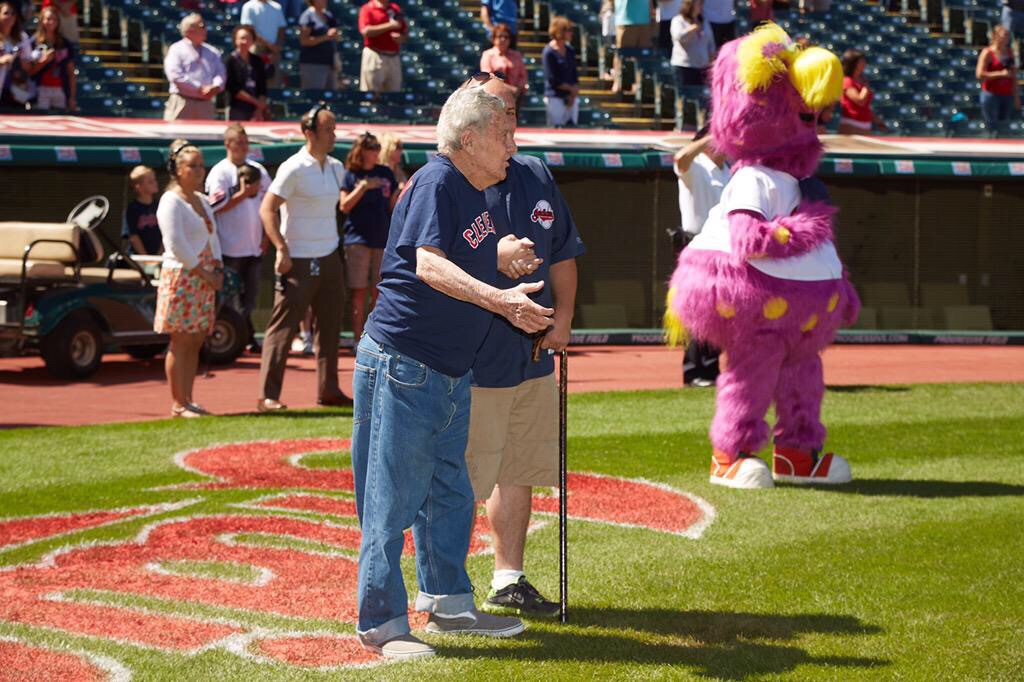 CLEVELAND – If you ever attended an Indians game at Cleveland Stadium and heard his voice, you likely never forgot it.

Here’s the official announcement from the Indians:

“Our thoughts and prayers go out to the Scotti family,” said Cleveland Indians Senior Vice President of Public Affairs BOB DIBIASIO. “Rocco was a unique member of the Cleveland sports scene for many years. We truly enjoyed our long relationship with him.”

Scotti, 95, who moved to Cleveland’s Little Italy neighborhood when he was 3, was a Collinwood High School grad. He worked with his father in the construction trades for years while taking singing lessons, and eventually sang across the country. The Indians honored him pregame on September 8 last year, playing one of his legendary operatic renditions of the national anthem prior to the Indians vs. Angels game.