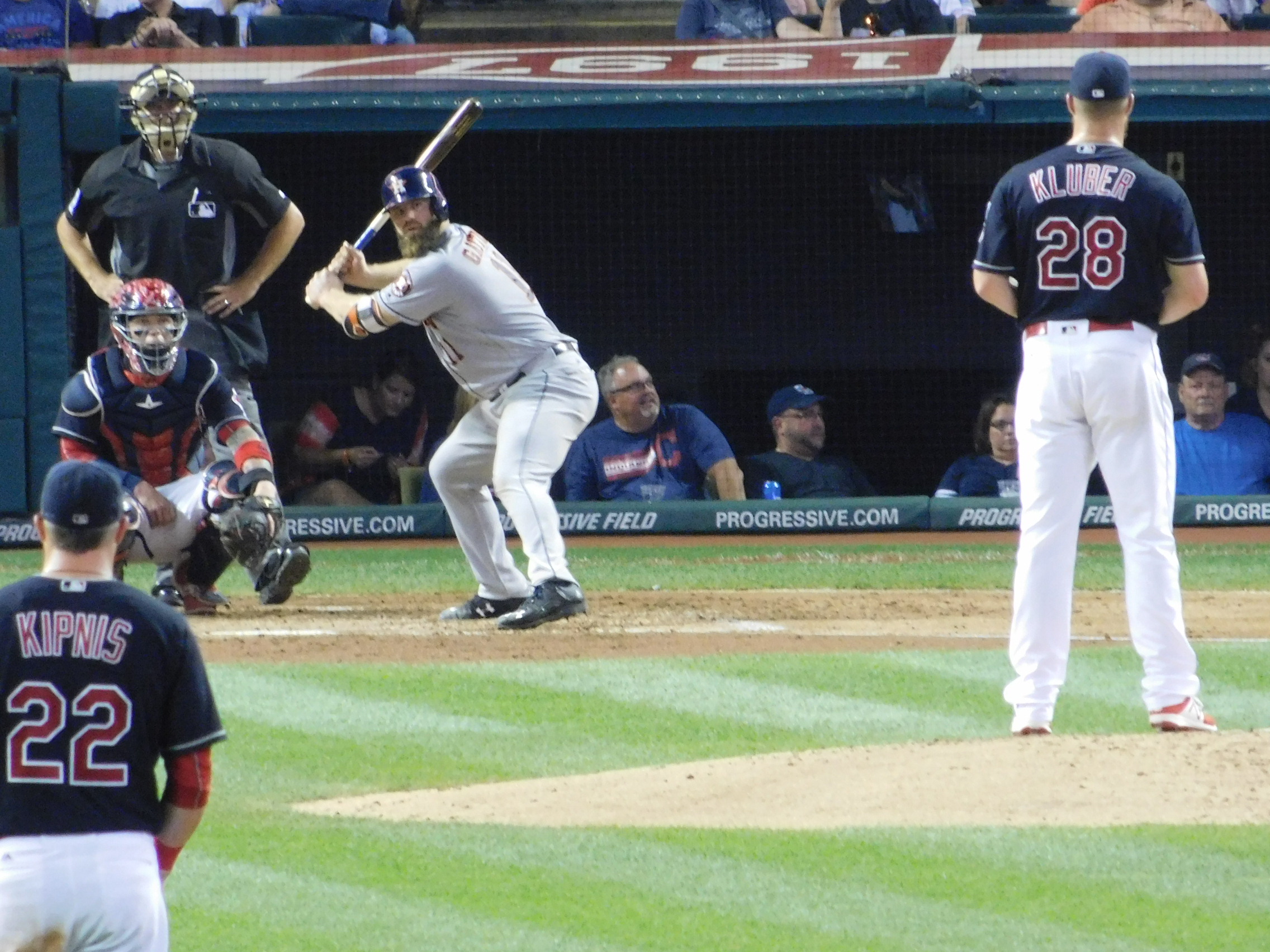 CLEVELAND – Tuesday night the Indians had it all lined up for what looked to be a bounce back win against the Houston Astros at Progressive Field.

They had their ace in Corey Kluber on the mound, fresh off a month where he was the American League pitcher of the month.

The Astros were countering with Brad Peacock, who was filling in for the injured Dallas Kuechel, and was making his first start in the Majors.

But as they say so often in sports, that’s why they play the game.

The result was a Houston 4-3 win over the Indians in front of a rather sparse 11,023 at Progressive Field, the second straight setback to a Houston team trying to make a push for the American League wild card spot.

For the Indians, they began the homestand with six straight wins only the last two nights to get held to two runs each.

Kluber’s downfall had to do with a three-run homer in the second inning by Astros 1B Marwin Gonzalez that put Houston up 3-0. 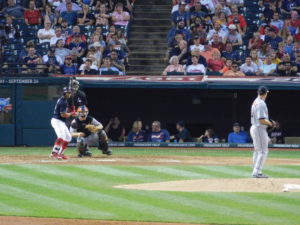 The homer came after Kluber got the first two outs of the frame, but then allowed two walks before leaving a pitch over the plate that Gonzalez crushed.

The Indians offense also did the team no favors, as despite putting up six hits and three doubles, the team couldn’t do much against the first-time starter in Peacock, who went just 3.2 innings.

The loss puts Cleveland at 79-58 on the year, with two more games remaining in the homestand against the Astros on Wednesday night and Thursday afternoon.

After a quick first by Kluber, the Indians had a quick shot to take an early lead against Peacock, but wasted a great opportunity.

Carlos Santana lead the game off with a single, and then Jason Kipnis lined a double to right to put runners on second and third with no outs.

The inning through quickly fell apart, as Francisco Lindor and Mike Napoli both hit shallow fly outs, and then Jose Ramirez flew out to center to end the frame and let Peacock off the hook.

The Astros jumped on Kluber in the second, with all the damage coming with two outs. The Tribe ace walked both Evan Gattis and Colby Rasmus, bringing up Gonzalez.

After going up in the count 0-2, Gonzalez crushed a ball over the plate over 400 feet for a three-run blast that gave the Astros a 3-0 lead.

It was the 6th straight game in which Kluber had allowed a homer.

The Indians got a run back in the second after Lonnie Chisenhall doubled, and eventually came home on a ground out by Tyler Naquin to make it a 3-1 game.

Houston added another run in the 3rd, but it could have been a lot worse if not for some solid pitching by Kluber to get away from damage.

George Springer doubled to right to start the inning, and then Alex Bregman tripled to deep right, making it a 4-1 game with no outs in 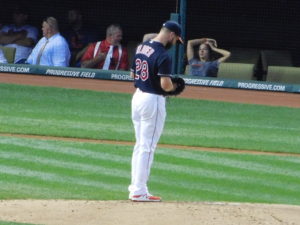 Kluber though got out of it being 5-1 or worse, as he got a line out and two strikeouts to end the inning with it being a three-run deficit for the Tribe.

The Indians bats though couldn’t get the key it against Peacock, who went 3.2 innings, allowing a run on five hits with a walk and two strikeouts.

Houston, much like the Indians Monday night, went to their pen early and often, as they used five more pitchers as the Indians were not able to string hits together for a big inning.

They finally got a second run in the 8th, as Santana slammed his 29th homer of the season to start the frame and make it a two-run game.

Things got interesting in the 9th, as Ramirez singled and was able to score with one out when Gattis tried to get Coco Crisp stealing after he walked, and threw the ball into center.

Naquin flied out to left, and Brandon Guyer hit an excuse me ground out to the pitcher to end the game.