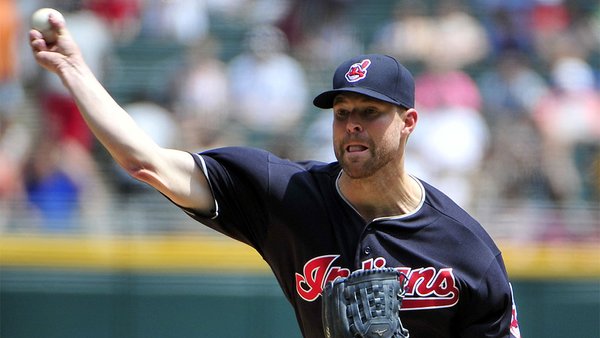 It has not been the ideal start to the 2016 season for Indians ace Corey Kluber, but the 2014 Cy Young-Winner has put two consecutive dominant outings together in the last week.

On Wednesday afternoon in Chicago, Kluber shut down the first place White Sox lineup, striking out nine in 7.1 innings.

The right-hander gave up one earned run and earned his fourth win of the season, improving to 4-5 on the season.

It was a tight ballgame in the end, as the bullpen made it interesting, but the Indians came out on top 4-3.

The win puts the Tribe just 0.5 games out of first in the division and five games above .500.

Kluber has allowed just three earned runs in 14.1 innings pitched over his last two starts, lowering his E.R.A. from 4.30 to 3.78.

He has not quite looked like one of the best pitchers in baseball on a consistent basis this season, but games like Friday and Wednesday show that he still can be a top tier pitcher when he’s on.

Kluber’s 67 strikeouts ranks 4th in the American League, and his 9.05 strikeouts per nine innings pitched ranks 9th in the AL.

The Tribe has put together a nice stretch of games over the past two weeks, winning 8 of their last 11, and Kluber is largely responsible for two of those wins against the two of the top teams in the American League (Chicago and Boston.)

It’s hard to think of a better definition of an ace than a guy who can get it done against the toughest teams.

Kluber’s next start will most likely come against the Texas Rangers, who are in a neck and neck fight or first place in the A.L West. We’ll see if he can make it three in a row and perhaps by that time the Tribe will be at the top of the Central Division.

If Yankees Trade Carlos Beltran, Tribe Could Be “Perfect Fit”
Podcast: Sports on Tap Chats About the Indians and the AL Central