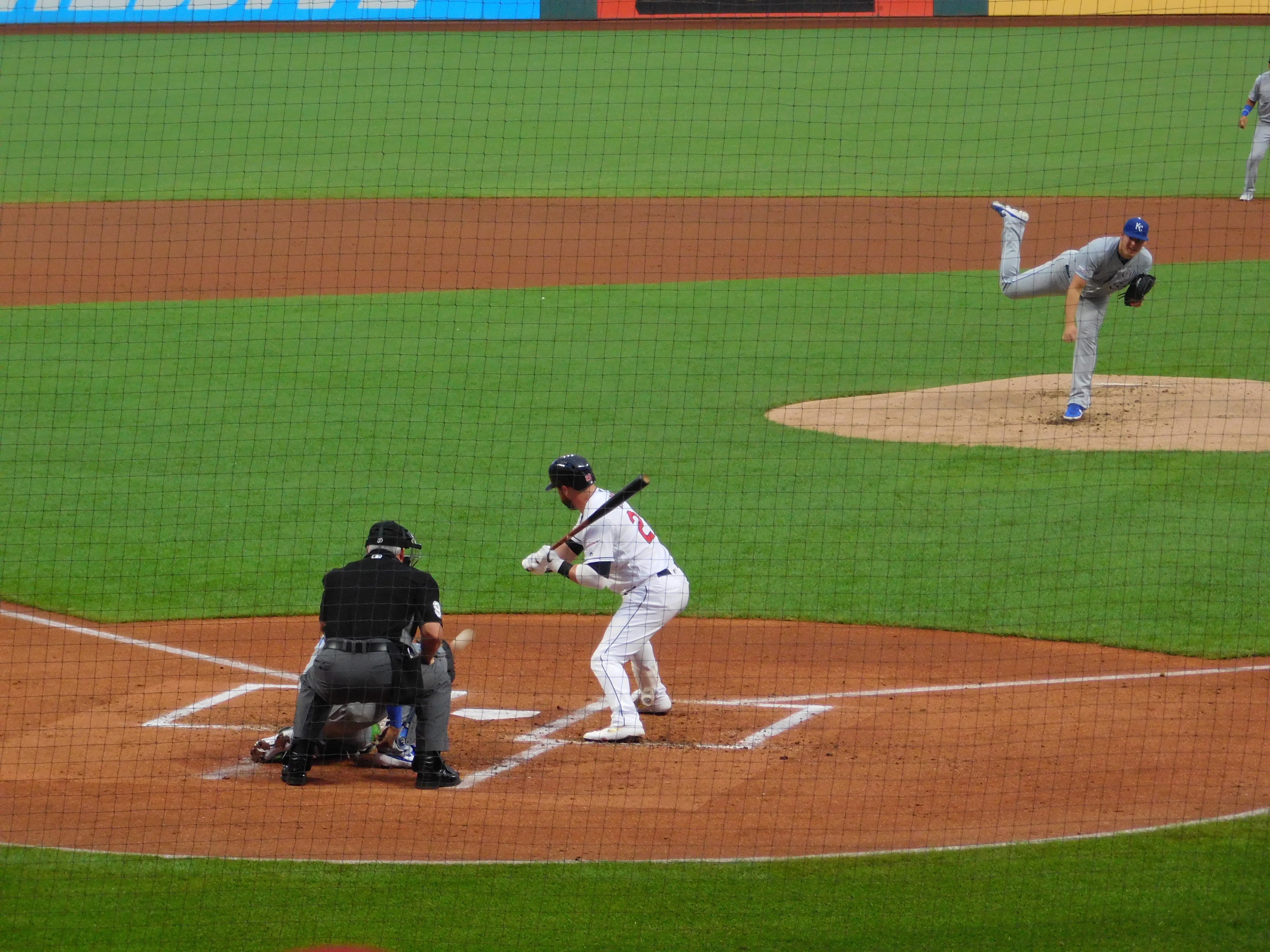 CLEVELAND – A two-plus hour rain delay followed by extra innings usually isn’t the type of thing you want to start a series, but in the case of the Indians they will take it, as they got a 10th inning blast from Jason Kipnis to send them to a 3-2 win over the Royals at Progressive Field.

The rain delay started with the Royals up 1-0 midway through the fourth inning, and by the time the skies opened up again, most of the announced 15,413 were in their cars listening to the game.

Those that did stick around saw a pretty good game as the Indians had a 2-1 lead into the 8th inning, but the Royals were able to scratch a run across to send the game into extra frames.

That’s where Kipnis came up big, slamming his sixth homer of the season, a no-doubt shot into the seats in right 390 feet to send those that waited out the rain very happy.

The win puts the team at now 43-35, and they have won four straight as they look to continue their streak on Tuesday night at Progressive Field.

Here’s a few takeaways from the win:

It’s safe to say that second basemen Jason Kipnis is starting to feel it at the plate, and it’s only helping the Indians right now as an offense.

Kipnis is 16 for his last 34 with six homers and six extra base hits, and you can just sense the confidence he has each time he steps to the plate.

The Indians have needed a couple guys to step up this season and finally get the offense going, and with Francisco Lindor, Oscar Mercado and Carlos Santana doing it at the top of the lineup, Kipnis is doing his part towards the bottom in a big way right now.

There was always this thing about not bringing closers into a tie game, but Monday night into Tuesday morning it worked out to perfection, as Brad Hand got his 4th win against two losses pitching a perfect 10th inning.

Hand needed just 10 pitches, seven of which were strikes, to get the Royals in order with a strikeout to boot in the 10th, and it gave the Indians a boost to come up and allow Kipnis to send one deep into the seats to win the game.

Monday’s win improved the Indians to an AL best 15-6 (.714) for the month, and they have won four in a row to help out those numbers.

They are now 24-17 overall at Progressive Field, including 9-3 in their last 12 at home, and are starting to make it a very tough place to play again which is another good sign.

The team is also starting to beat up (as they did in 2019) against the AL Central, having won won 7 straight games against AL Central opponents and moved to 17-14 against the division this season.

This is by far the best stretch of baseball this team has played since they won 22 straight back two seasons ago, and don’t look now but the Twins are just 7.5 up on the Indians in the division.

For those that said this season was over – you might want to jump back on the bandwagon because there’s a lot of baseball left.

Bauers Goes Down with an Ankle Sprain; Freeman to Start Monday’s Game in Left Field
Bieber on the Mound as the Indians Battle the Royals; The Tribe Starting Nine