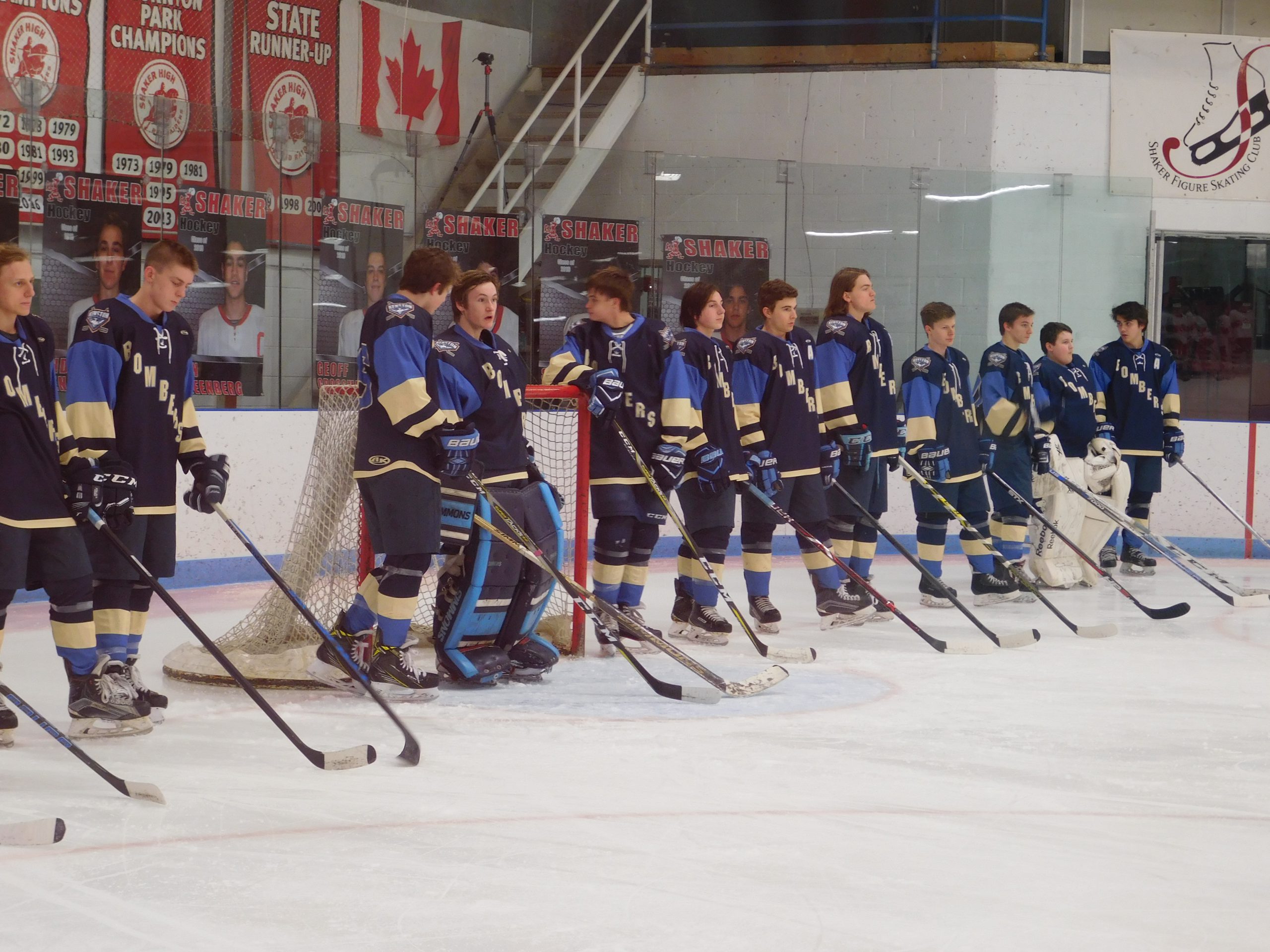 The Kenston Blue Bombers followed up an impressive 1-0 win Friday night over Hudson with another barn burner on Saturday, as they were again one goal better, this time topping the Amherst Comets 3-2 in overtime.

The back and forth matchup was decided in overtime by Kenston forward Bennett Wenger, as he lit the lamp to lift the Bombers to victory at the 7:03 mark of OT.

Bombers forward Val Carriero, who scored the only goal in the one-goal win over Hudson on Friday, got Kenston on the board first in the first period on a short handed goal at the 9:01 mark.

That was the score after one, but the action picked up in the second, as Carriero again found the back of the net for his second goal of the night to make it 2-0, and again the goal was short handed.

The second goal for Carriero came at 12:06 of the second period.

Kenston goalie Jason Hildebran played a solid game in net, and helped out by his defense the Bombers led it 2-0 after 30 minutes of play on the ice.

The Comets wouldn’t go away quietly, as they notched two third period goals to tie the game and send it into overtime.

Jacob Kramer scored first for Amherst, with the assists from Jacob Fekete and Tyler Waldecki to cut Kenston’s lead in half at 2-1 at the 5:43 mark.

The Comets struck again in the third, as Michael Giannuzzi and Michael Hughes assisted on Kramer’s second goal of the day to tie the game at two, pushing the game into the extra period.

In that extra period Wenger was able to sneak one in past Amherst goalie Brady Grove, who stopped 16 of 19 Kenston shots in the setback for the Comets.

Hildebran collected the win for the Bombers, as he stopped 48 of 50 shots to earn his second win in as many days.

The goalie stopped 70 shots, allowing just two goals over the last two wins for the Bombers over Hudson and Amherst.

Kenston will play January 5th at 6:30pm as they play at OBM Arena / Iceland against the Strongsville Mustangs.

Amherst, who falls to 11-2 with the loss (8-0 in conference play), will skate the day after Christmas, Wednesday, December 26th in the Parma Holiday Tournament.