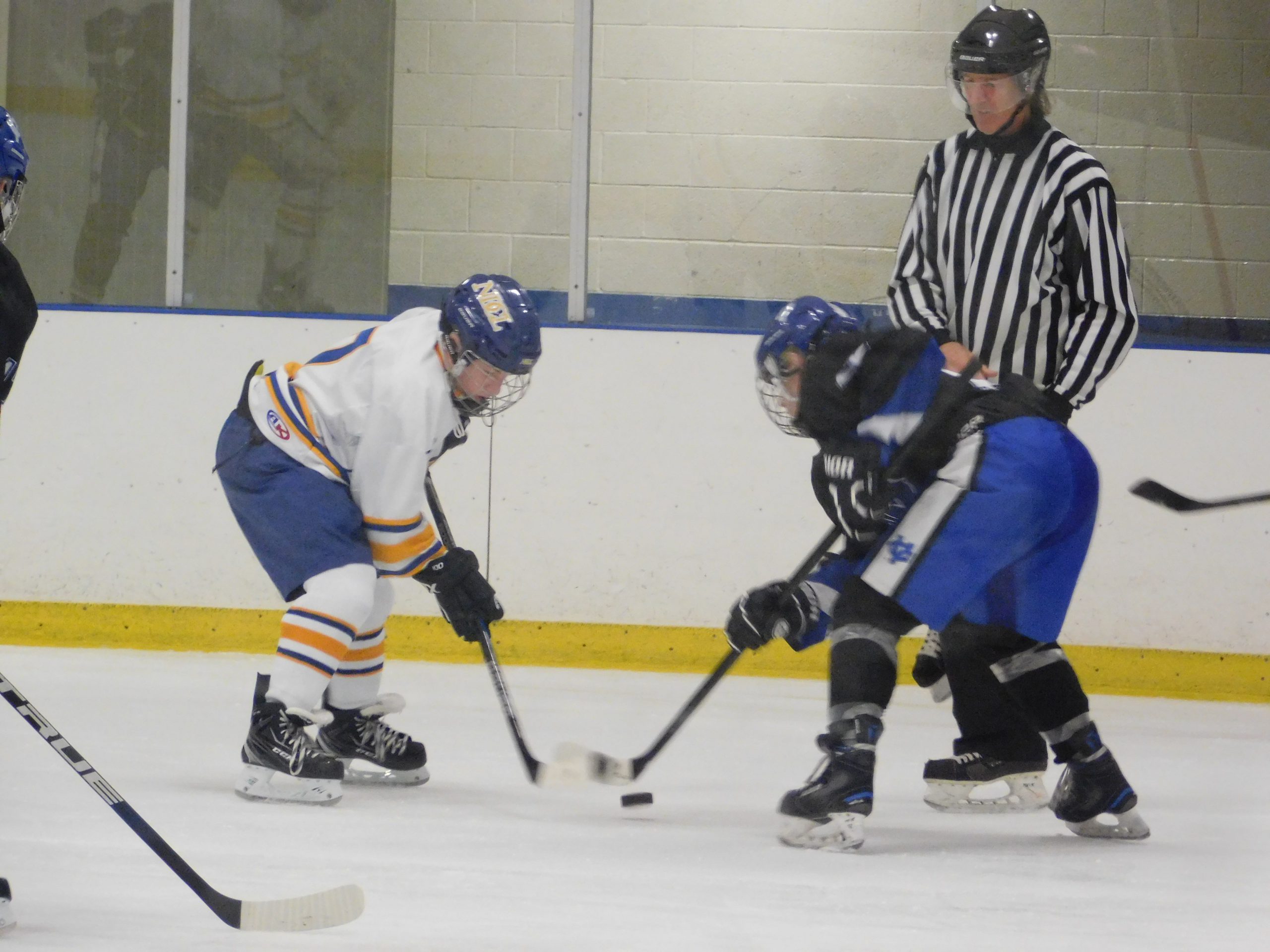 The CVCA Royals have been perfect this season thus far, winning all five of their GCHSHL league affairs, and Saturday night they made it 6-for-6 with a dominating 10-0 win over the NDCL Lions in Kent.

How good have the Royals been in just the last 48 hours? How about outscoring their two weekend opponents 20-1 (Mayfield 10-1 Friday and NDCL 10-0 Saturday).

They also outshot Mayfield and NDCL by a combined 111-28, again completely overwhelming the Wildcats Friday and Lions on Saturday.

CVCA forward Christian Beckett continued his onslaught on the net Saturday, as after scoring four goals with two assists on Friday, he had a hat trick and an assist in Saturday’s shutout win.

Beckett in six games now has 20 goals and 10 assists on the year.

The Royals tandem of Jack and Luke Perotta each had a great night for the Royals, as they each scored a pair of goals in the victory.

Luke Perotta also added two assists in the victory, he’s now helped out on seven goals this season for CVCA.

Not to be outdone for the Royals was forward Stephen Griffith, as he added two goals in the win, his first two goals of the season for CVCA.

Defender Gabe Dearden, who had two goals in the Mayfield win on Friday, put in another goal for the Royals in the victory.

It was a tough night for Lions goalie Matt Antczak, who hung in and had to face 71 total shots in the setback. He pushed away 61 of them, but takes the loss to drop to 0-5-0 on the year.

At the other end of the ice, CVCA goalie Gabe Hernandez stopped all 17 shots he faced in the victory to improve to 1-0 on the year.

With the loss NDCL drops to 0-7-0 on the year, last place in the GCHSHL Blue League North Division. The Lions will skate against Brecksville in league play on January 5th in Mentor.

The Royals at 12 points move ahead for the moment of Parma in the same GCHSHL Blue League North Division. CVCA is back in league action on January 5th in Kent in a huge game against the Redmen of Parma, who sit at 5-0-0.