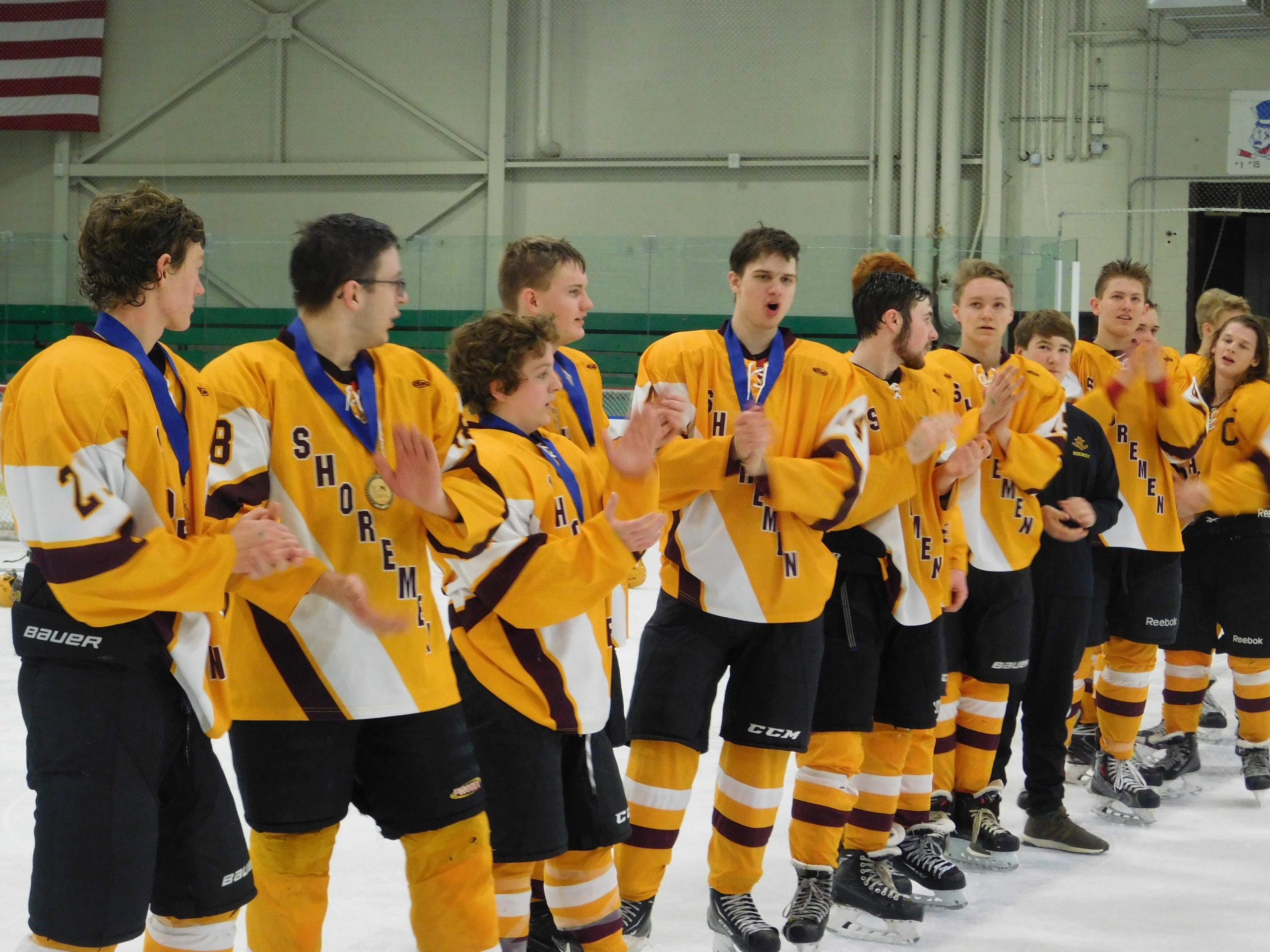 The Avon Lake Shoremen had a long weekend of hockey, winning an overtime battle against Olmsted Falls on Saturday, and Sunday they were pushed to extra hockey again, and again pulled out an overtime win, this time topping the Midview Middies 2-1 Sunday afternoon in Elyria.

The win for the Shoremen puts them at 6-2-0 on the season, good for second place in the GCHSHL White League South Division standings, two points behind the Amherst Comets.

The Middies drop to 5-3-0 on the year, and with the setback they are now in third in the same White League South Division, two points ahead of Olmsted Falls.

The overtime game-winner for the Shoremen was scored by forward Nick Ospelt, as he collected his 10th goal of the year, a power play goal to send Avon Lake to the win.

Ospelt is on a scoring streak, as he’s scored in six straight games. The assist on the game winner went to Luke Farthing, his fifth assist on the season.

The two teams played 30 minutes of scoreless hockey, until Avon Lake was able to finally crack the scorer’s book on a goal in the third period.

Midview forward Nick Verlotti tied the game at one in the third period, scoring the only Middies goal with just 2:17 left to play.

For Verlotti it was his 11th goal of the season, 18th point on the year.

Avon Lake will enjoy the Christmas break and skate against Kent Roosevelt on Saturday, January 5th in Kent.

Midview will be in action on Sunday, January 6th as they will skate against Chagrin Falls on their home ice in Elyria.