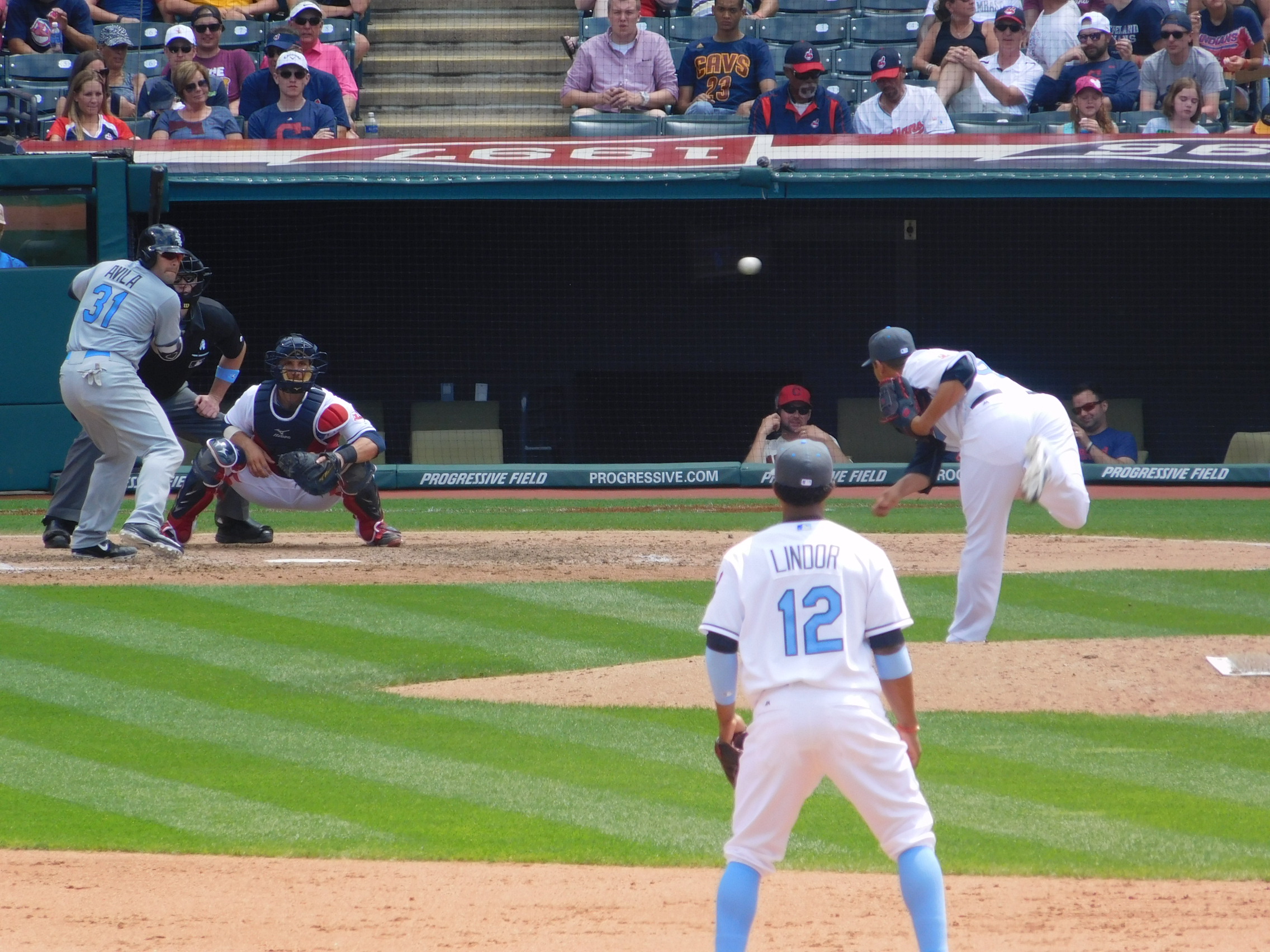 CLEVELAND – While the city of Cleveland waits on pins and needles for the outcome of tonight’s game seven in the NBA Finals, the Cavs neighbor the Indians were once again doing their part in winning another series, as they did enough in 10 innings to top the White Sox 3-2 at Progressive Field.

The game-winner came with the bases loaded and two outs as Jose Ramirez, who is .381 with runners in scoring position after Sunday’s game, lined a shot to first, and it took a nasty hop that Sox first basemen Jose Abreu couldn’t handle.

The play scored Rajai Davis, who ledoff the 10th inning with a double.

“When you’re at home if something goes right wrong, it’s nice to be the home team,” Indians manager Terry Francona said. “That was a pretty good game played well by both teams.”

It ended a big day for Davis, who hit leadoff and was 4-for-5 with two runs scored, two doubles, and he stole two bases. He’s now hitting .263 on the season.

With the two steals he’s is the fastest Indians player to 20 stolen bases in a season since Grady Sizemore also stole 20 through the first 68 games of the 2007 season.

The win puts the Indians at 38-30 on the season, and will keep them in first place in the AL Central ahead of the Royals. The Sox are in a serious tailspin, as they fall to 33-36, 5.5 back of the Tribe in the division.

The Indians have won eight straight at Progressive Field, and it’s their second walk off win in the last three days. They got a Carlos Santana homer to win the game in the bottom of the 9th off Nate Jones on Friday night.

The Tribe has also had six series sweeps on the season and have won six straight, eight of 10 and 11 of their last 15 games against the White Sox, dating back to last September.

It was the first three-game series sweep of the White Sox at Progressive Field since September of 2014.

Carlos Carrasco got the start for the Indians, and was effective, allowing just two runs on five hits, as he lasted 7.1 innings. He walked four and struck out six in not factoring in the decision.

Carrasco’s outing was his best since his stint on the DL, as he failed to go longer than 6.2 innings in any of his outings since coming back to the team.

“He’s getting his legs under him you see him get more more confident as he gets some some games under his belt,” Francona said. 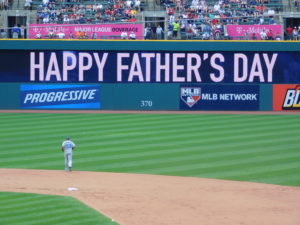 He still sits at 2-2 on the season with a very solid 3.26 ERA. The bullpen kept the Sox in check, as Bryan Shaw, Cody Allen and Dan Otero combined to go 2.2 innings of relief, allowing one hit with one walk and four K’s to get the Indians in a position to win the game in extra frames.

Both teams scored a run in the first, and the Indians fell behind 2-1 in the fourth when Carrasco allowed a solo homer to Melky Cabrera.

They tied it in the bottom of the frame when Juan Uribe hit his 4th homer of the season. It was the 196th homer of his big-league career and the 25th time he has homered in consecutive games after he homered in Saturday’s affair.

While there’s a fever pitch about the Cavs, the Indians are finally getting some love as today they drew 25,269 in attendance for the Father’s Day game.

The total paid attendance for the weekend was 84,247, the largest combined weekend crowd since June 20-22, 2014 when a combined crowd of 100,280 attended a three-game set against the Tigers.

The homestand will continue on Monday as they team will play host to the Tampa Bay Rays at 7:10pm as Josh Tomlin (8-1) will go up against Drew Smyly (2-7).

Can The Indians Attendance Be On The Turn Around?
Lindor’s Late Homer Lifts Tribe to 9th Straight Home Win in 7-4 Victory Over Rays