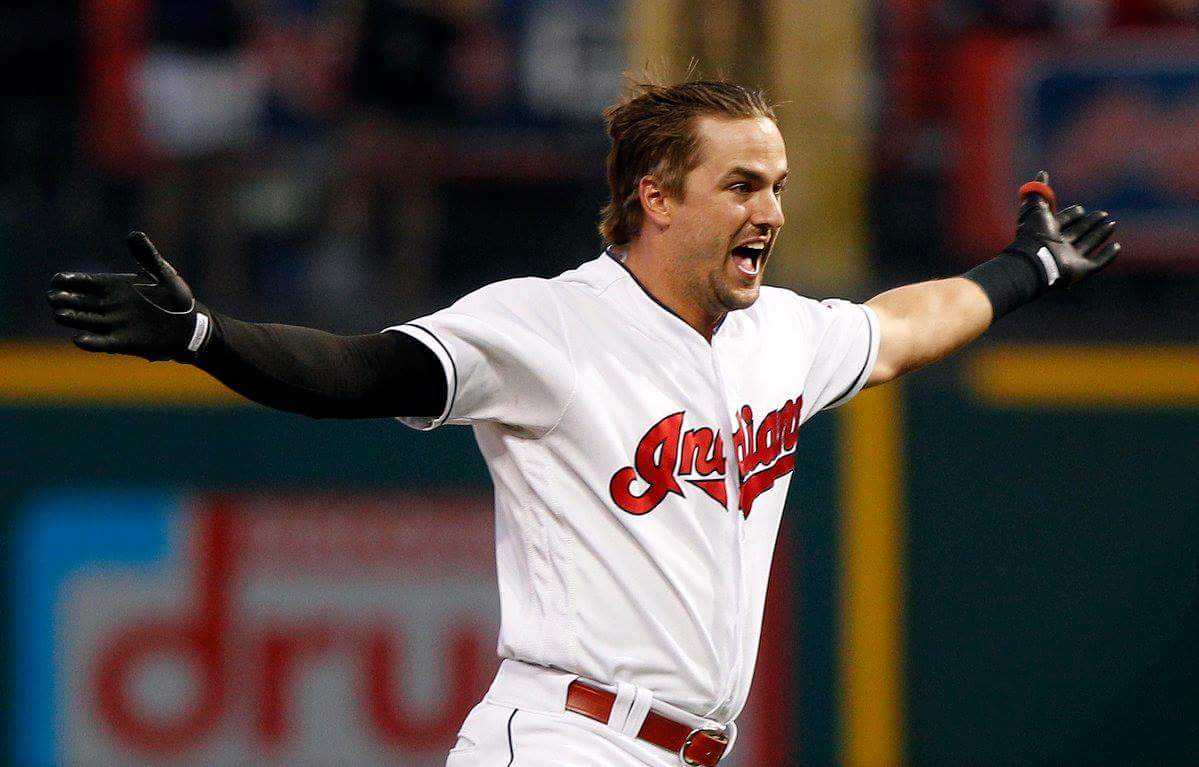 CLEVELAND– The Cleveland Indians and the Miami Marlins played their series finale Sunday, with an unusual start time of 4:10 pm. Going into Sunday’s game the Indians were looking to get back to back series sweeps. Last one being against the Minnesota Twins earlier in the week. During the ballgame we saw a pitchers duel between Tom Koehler and Danny Salazar .

In the first inning for the Marlins Ichiro Suzuki started off the game by striking out. Next batter, Jeff Francoeur hit a single to left field. Martin Prado was the second strikeout victim for Salazar. Christian Yelich was at- bat when Francoeur decided to run on the pitch but Salazar didn’t deliver yet and managed to throw out Francoeur as he was trying to steal second, that ended the inning for the Marlins.
In the Indians half of the inning, Marlins pitcher Koehler set them down 1-2-3.

In the second inning Lonnie Chisenhall got the first hit of the game for the Indians.

In the third inning for the Marlins , Derek Dietrich started off the inning with a double down the Left Field line. During the next at-bat which had Chris Johnson at the plate, Dietrich advanced to third on a wild pitch from Salazar. Johnson was walked on the next pitch. Miguel Rojas hit a grounder to first base but when Carlos Santana attempted to get Dietrich out at the plate, Chris Gimenez was unable to handle the throw. Johnson was able to move to third base, and Rojas moved to second after the play. Salazar got out of the inning and only gave up one run. Marlins led 1-0.
During the Indians half of the third, Gimenez hit a double to deep right center with 1 out. Gimenez advanced to third after Santana hit a grounder to the Marlins second baseman. Jason Kipnis struck out to end the inning.

During the fourth inning, the Indians were threatening and looked as if they were going to get on the board. Francisco Lindor started off the inning when he was walked, two batter later Jose Ramirez hit a single to right field. Lindor advanced to second base on that play and up next was Chisenhall that hit into a fielders choice. That allowed Ramirez to advance to second. The Indians had runners at the corners with two outs and Abraham Almonte was at the plate, Almonte struck out to end the inning.

In the sixth inning with 2 outs, Salazar was taken out of the ballgame and replaced by Dan Otero. Salazar pitched 5.2 innings, gave up 6 hits, 2 walks, and tied his career high in strikeouts with 11. This was the 10th career double digit strikeout game and third on the season. Otero came in threw one pitch and got out of the inning when Dietrich popped up to Ramirez.

With two outs in the 7th innning, Otero was taken out of the game and Bryan Shaw came in on relief. During the seventh, Rojas got on base from a rare error on Lindor. Later in the inning when Suzuki and Rojas were on base Prado hit an RBI single to extend the Marlins lead to 2-0.
For the Marlins, Koehler was taken out to start the seventh. Koehler pitched 6 innings, gave up 3 hits, 2 walks, and had 6 strikeouts. Kyle Barraclough came in on relief. Ramirez started off the seventh with a double to left for the Indians. Almonte hit a ground ball to the Marlins shortstop and beat it out for an infield single, Ramirez was able to score cutting the Marlins lead , 2-1. Rajai Davis came in to pinch run for Almonte and stole second for his 35th steal of the season. Naquin grounded to first base and moved Davis over to third. CoCo Crisp came in to pinch hit for Gimenez , Crisp was walked. Crisp stole second base , getting his 8th stolen base of the season. Santana was walked next, leaving the bases loaded for Kipnis. Kipnis hit a single right up the middle that drove in Davis and Crisp. This gave the Indians the lead 3-2 , with runners at the corners and two outs.

To start off the eighth inning, the Marlins immediately answer back with a solo homer from J.T Realmuto to tie the game at 3. This was the first time in 18 appearances that Shaw had given up a run. Shaw was taken out in the eighth with one out and Andrew Miller came in.
For the Marlins, A.J. Ramos came in on relief for Barraclough.

The Marlins started off the ninth inning with a double from Rojas and Dee Gordon came in to pinch run. Suzuki hit a double that drove Gordon home, giving the Marlins the lead once again. 4-3. Miller was taken out and replaced with Cody Allen. Prado hit a sacrifice fly that allowed Suzuki to score extending their lead to 5.
To start off the Indians half of the ninth, Brandon Guyer pinch hit for Roberto Perez and was walked. Santana was walked next. Guyer and Santana advanced to second and third after a wild pitch from Fernando Rodney. Terry Francona was ejected after arguing the strike 3 call on Kipnis. Mike Napoli was walked and that loaded up the bases. Michael Martinez was the pinch runner for Napoli. Ramirez hit a grounder between third and short to tie the game with a 2 run single. 5-5.

The Cleveland Indians improve to 79-56 on the season and the Miami Marlins fall to 68-69. Tomorrow the Indians face the Houston Astros, Mike Clevinger vs Mike Fiers, first pitch 7:10 pm EST.