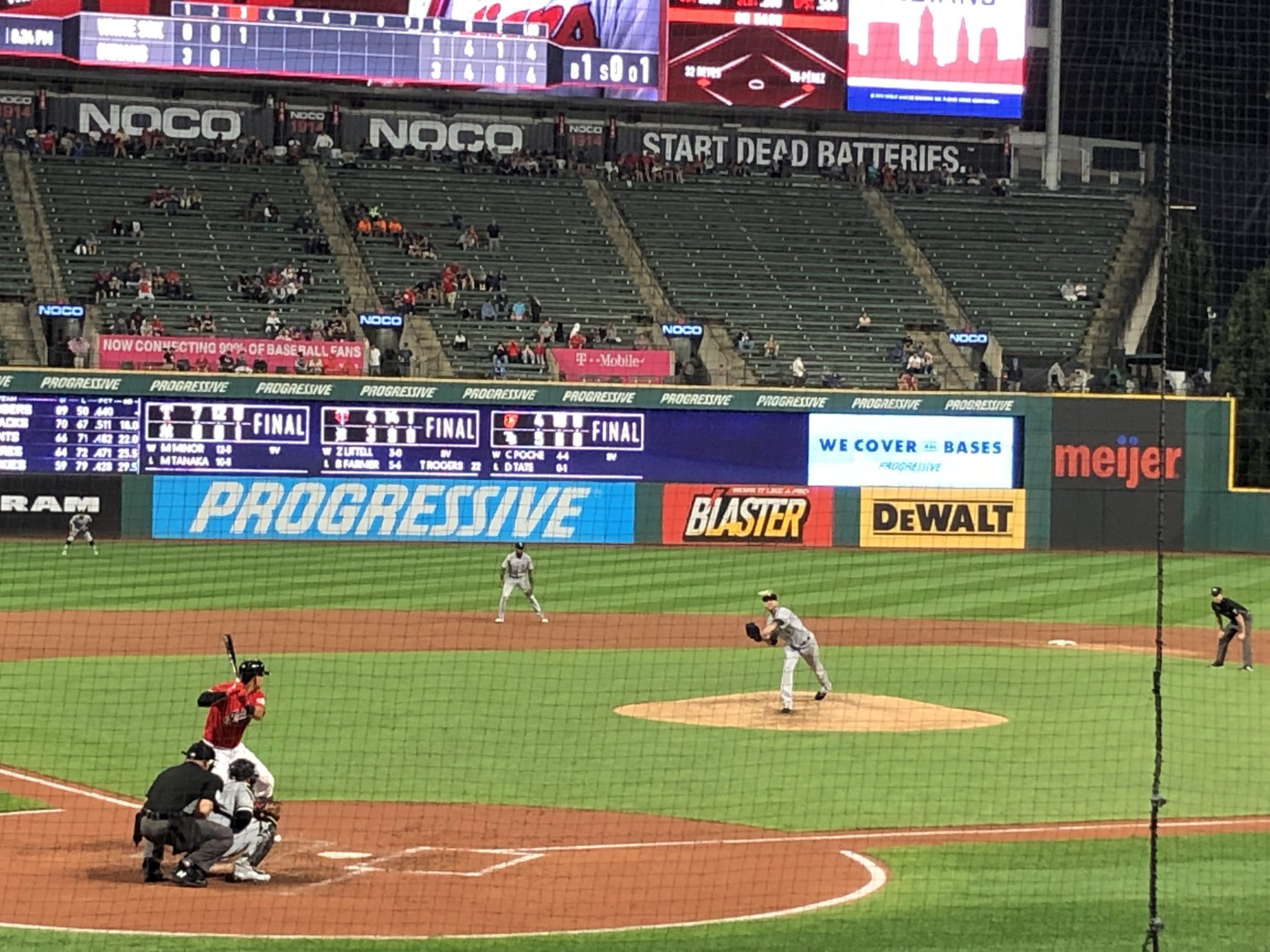 CLEVELAND – After an awful weekend which saw them lose three games against Rays in St.Pete, the Indians got just what they needed on Monday night at Progressive Field.

A visit from a bad AL Central team – the Chicago White Sox.

The Sox, who gave the Indians some fits earlier in the season, have been yet another Central team like the Tigers and Royals that that the Indians have been able to beat on as of late, and Monday that happened again in a Tribe 10-3 win.

It was a sloppy game that lasted forever due to a strike zone that seemed limited all night for both pitching staffs, and the first three innings alone took close to 90 minutes.

No matter, the win for the Tribe was big as they look to get back on track, and with it the team remains five back of the Twins in the AL Central.

They also stay in the second wild card spot, ahead of the Oakland A’s and behind the team that swept them this weekend in the Rays.

Here’s a few observations from the Tribe’s 80th win of the season.

1. Ugly from the Start

The first inning spelled the story line for a game that latest over four hours. Aaron Civale gave up a hit and two walks but got out of the inning, but White Sox starter Ross Detwiler wasn’t so lucky.

He ended up allowing the bases to be loaded with two outs, and Franmil Reyes crushed a pitch off the wall in left center to clear the bases and make it 3-0 in the first.

That first inning took close to 40 minutes, and it should have been a sign of things to come as both teams plodded along for a game that at times was tough to watch and more so sit through just waiting for the Indians to finally get 27 outs and take home the win.

While the Indians scored 11 runs in the win, it could have been more considering how many runners they had on base in this matchup.

The club put up 10 hits, but also due to a strike zone that couldn’t be figured out by either team, the Indians drew 10 walks on the night.

How about the fact that the two clubs combined for 18 walks and 14 strikeouts in the game total. The Indians were just 5-of-16 with runners in scoring position, leaving 10 runners on base.

In the end they didn’t need it, but while scoring 11 they could have probably put up 16-18 with a couple more key hits.

3. Another One Bites the Dust

The Indians injury list just keeps on growing, and they added another one on Monday night during the 11-3 win.

Monday it was catcher Roberto Perez leaving the game with a left foot contusion, an injury that doesn’t sound bad, but until he gets it checked out it could be something that bothers him for likely a few days.

Perez before leaving the game had two hits in three trips to the plate, and while Kevin Plawecki can no doubt fill in for a time, having Perez as the teams #1 catcher in the stretch run is critical.