Indians to Miss the Postseason for the First Time Since 2016, Fall to Nationals 8-2 in D.C. 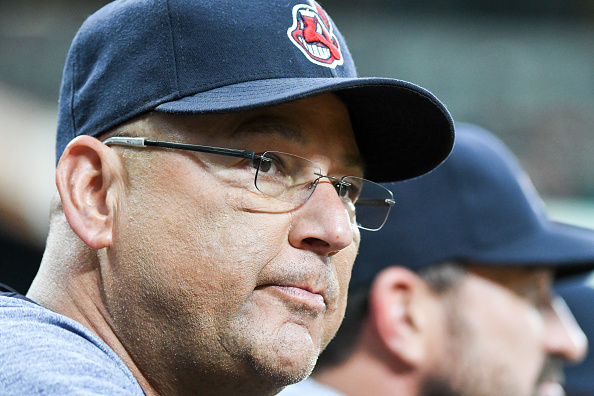 For the first time since the 2015 season, champagne will not be sprayed in the Indians locker room, signifying that they are postseason bound.

Instead it will be an offseason of ‘what ifs’ and ‘what could have been’ as the team Friday evening was officially eliminated from playoff contention.

The Tribe fell to the Washington Nationals in D.C. by a final of 8-2, and with the Tampa Bay Rays win in Toronto over the Jays, they clinch the second playoff spot for the wild card in the American League.

The American League wild card game, which will be played Wednesday, will be between the Rays and the Oakland A’s, with the winner moving on to play either the Houston Astros or the New York Yankees.

There’s going to be plenty of time to digest just how this season, which had more ups and downs than a Cedar Point roller coaster, went from bad, to good, to at times great, and back to bad again, but for now, here’s some quick thoughts on the loss in D.C. as well as a peek ahead to what’s next for the Tribe as the season will officially end on Sunday in Washington.

1. A Bitter Pill to Swallow

The Indians sat in first place in the AL Central after a Carlos Santana walk-off homer against the Boston Red Sox on August 12th, but it seemed like from that moment on the team never regained the momentum they had in overcoming a huge deficit to taking the lead in the division.

They lost the next two to the Red Sox, and while the Twins were stunned with an uppercut from the Indians, they quickly regained the lead in the division and never looked back.

After the walk-off against the Red Sox, the Indians appeared to run totally out of gas, as they fell in seven of their next nine games, including a crushing three-game sweep in New York to not the Yankees – but to old friend Mickey Callaway and the Mets.

They never got the ‘Eye of the Tiger’ back, and it showed from the moment of that home plate celebration on August 12th at Progressive Field.

The Indians and manager Terry Francona have been sticking by reliever Nick Goody for most of the season, and maybe that’s been a huge mistake.

Goody was the losing pitcher on Friday, as he was able to record just two outs, but in that time allowed four runs and a pair of walks.

Early in the year Goody, along with most of the pen, was excellent, but he just like the other relievers struggled as the season wore on, and it started oddly enough for him after that walk-off win against the Red Sox on August 12th, as two days later he allowed three runs in 0.2 of an inning of a 5-1 loss.

It will be interesting to see what the the team does with Goody, as well as a lot of the pieces and parts of the pen in the offseason.

Now that we know the Indians will not be in the postseason for the first time since 2015, the pressure is off and the team will play out the stretch of the final two games.

Oddly enough with wins in their last two games they will go 95-67, which if they reach 95 wins is the second-most regular season wins the team will have had since Terry Francona took over in 2013.

Seems odd to think that a 95-win team could miss the postseason, but instead of crying over spilled milk you have to give credit to the Twins who rebounded after the Indians took three of four over them in early August, and the Rays who just never hit a slump, and had four straight walk-off wins of their own.

Some will say ‘I told you so,’ about the Indians inability to reach the promise land of the playoffs, but I will bet none of them also felt this team would between 93-95 games and miss out on even a wild card spot.