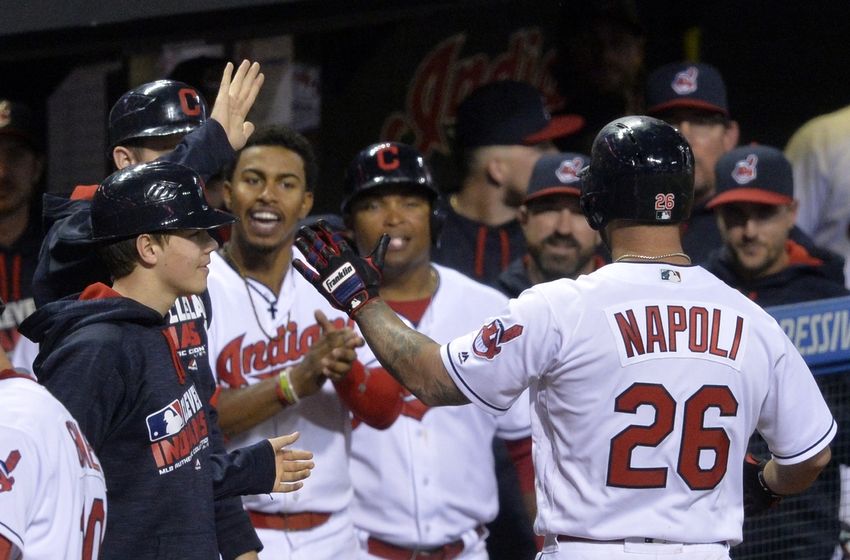 The Indians got to Chicago White Sox starter, James Shields, for five runs in the first on their way to a 13-2 rout of their Central Division rivals.

The first five Tribe batters reached base and crossed the plate. Mike Napoli‘s three-run blast was the highlight of the inning. Napoli has now hit 11 home runs at Progressive Field and has 15 total throughout the course of the season.

Shields wouldn’t even make it out of the second as the Tribe tagged the newly acquired righty for three more before he exited with two outs in the inning.

In those 1.2 innings, Shields threw 53 pitches while allowing eight runs (all earned) on five hits. He walked three more and struck out two.

Since arriving in Chicago via trade, Shields has made three starts, allowing 22 runs in just 8.2 innings. All but one of those runs have been earned. His ERA has skyrocketed from 4.28 to 6.28.

Danny Salazar came into the game leading the American League in ERA and was on point once again for the Indians. After he was spotted five runs in the first, it was all but a forgone conclusion that he would take care of business.

Salazar tossed 6.2 innings of magnificent baseball. His only hiccup came in the sixth when Jose Abreu hit the right field foul pole for a two-run shot. He allowed two runs (both earned) on five hits and one walk as he struck out seven. He is now 8-3 with a 2.23 ERA.

Juan Uribe and Tyler Naquin both smacked home runs of their own in the sixth off White Sox reliever Matt Albers. The two combined for six hits (three a piece) and seven RBIs. Naquin’s four RBIs were a career high.

After a night where the bats were silent until late on Friday, the Tribe came out and scored 13 runs on 15 hits Saturday.

4 Ways Indians Pitcher Corey Kluber Will Make an Impact in the Second Half
Can The Indians Attendance Be On The Turn Around?