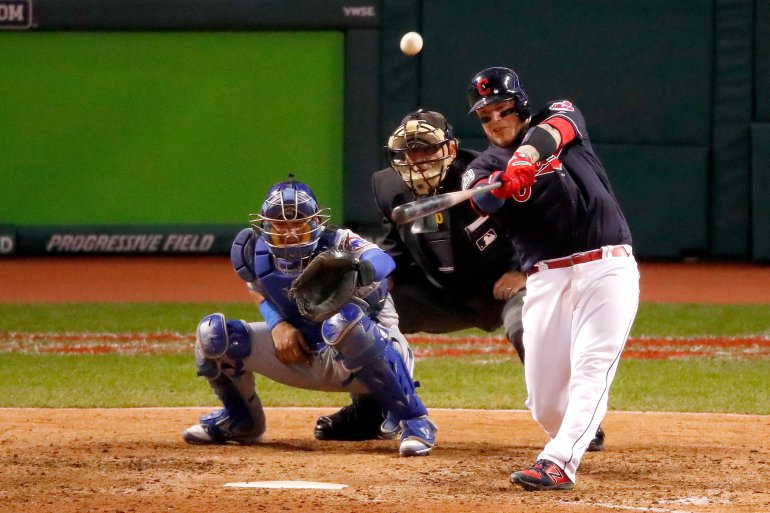 CLEVELAND, Ohio- One day before the Cleveland Indians 2017 regular season starts the Indians signed catcher Roberto Perez, to a four-year extension. Just earlier this week the Indians officially announced that they had signed Jose Ramirez to a five-year extension.

Perez will split time with Yan Gomes behind the plate this season and is another defensive catcher like Gomes. Perez hit three homers in the 2016 postseason.

Perez would have been eligible for arbitration after this season. Gomes is under contract with the Indians up until 2019 with options during the 2020 and 2021 seasons.

Meanwhile, the Indians have another catcher in their farm system, Francisco Mejia who is starting the season with the Akron RubberDucks and had a 50-game hit streak last season.

Indians reporter for MLB.com Jordan Bastian tweeted out the details of the Roberto Perez 4-year extension below