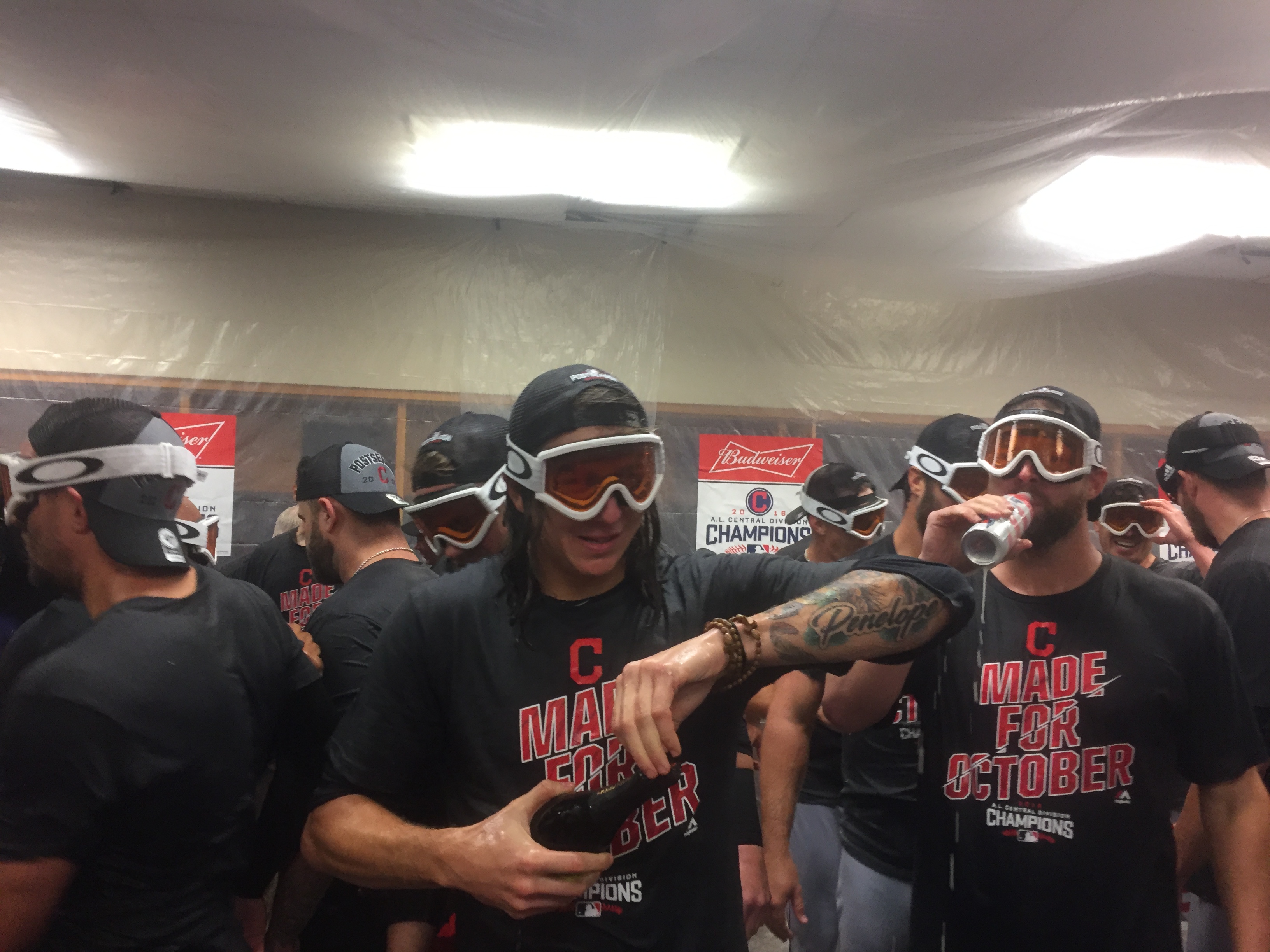 DETROIT – Indians pitcher Trevor Bauer had a blast on Monday night as the Indians won the American League Central in Comerica Park. Bauer today put up some amazing video that looks professionally produced, about 20 minutes worth of not only the final out on the field, but also all the fun inside the locker room.

For sure worth 20 minutes of your life if you’re an Indians fan.

Follow me inside the locker room as we celebrate clinching the 2016 AL Central championship!! https://t.co/BCilnTynZf

Kluber Heads to Cleveland for an MRI on Groin Injury; Francona Optimistic for Good News
Indians Pitcher Corey Kluber Has Quad Strain; Could Be Back on Mound in 7-10 Days