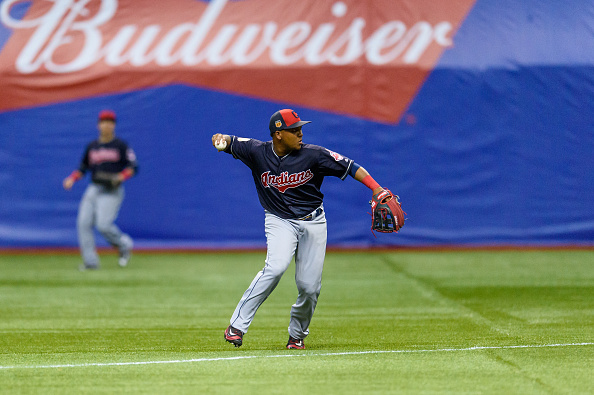 The Indians today have made it official, inking infielder Jose Ramirez to a five-year deal with a club option for the 2022 and 2023 seasons.

He finished second in the American League in doubles (46), seventh in batting average (.312), ninth in steals (22) and tenth in on-base pct. (.363) while logging time at four different positions (3B, LF, 2B, SS) and starting at all nine spots in the batting order.

His 46 doubles were a club record by an Indians switch-hitter and the most by an Indians batter since 2006. José enjoyed an 18-game hitting streak beginning on July 26 and batted .347 (85-245) from that point thru the final 63 regular season games of 2016. Following the season he finished T-17th in the American League MVP voting.

The Bani, Dominican Republic native was signed by Cleveland as an amateur free agent in November 2009 and made his Major League debut with the club in 2013. He owns a career Major League average of .275 (311/1129) with 70 doubles, 9 triples, 19 home runs and 120 RBI over 332 games over his four-year career with the Indians.