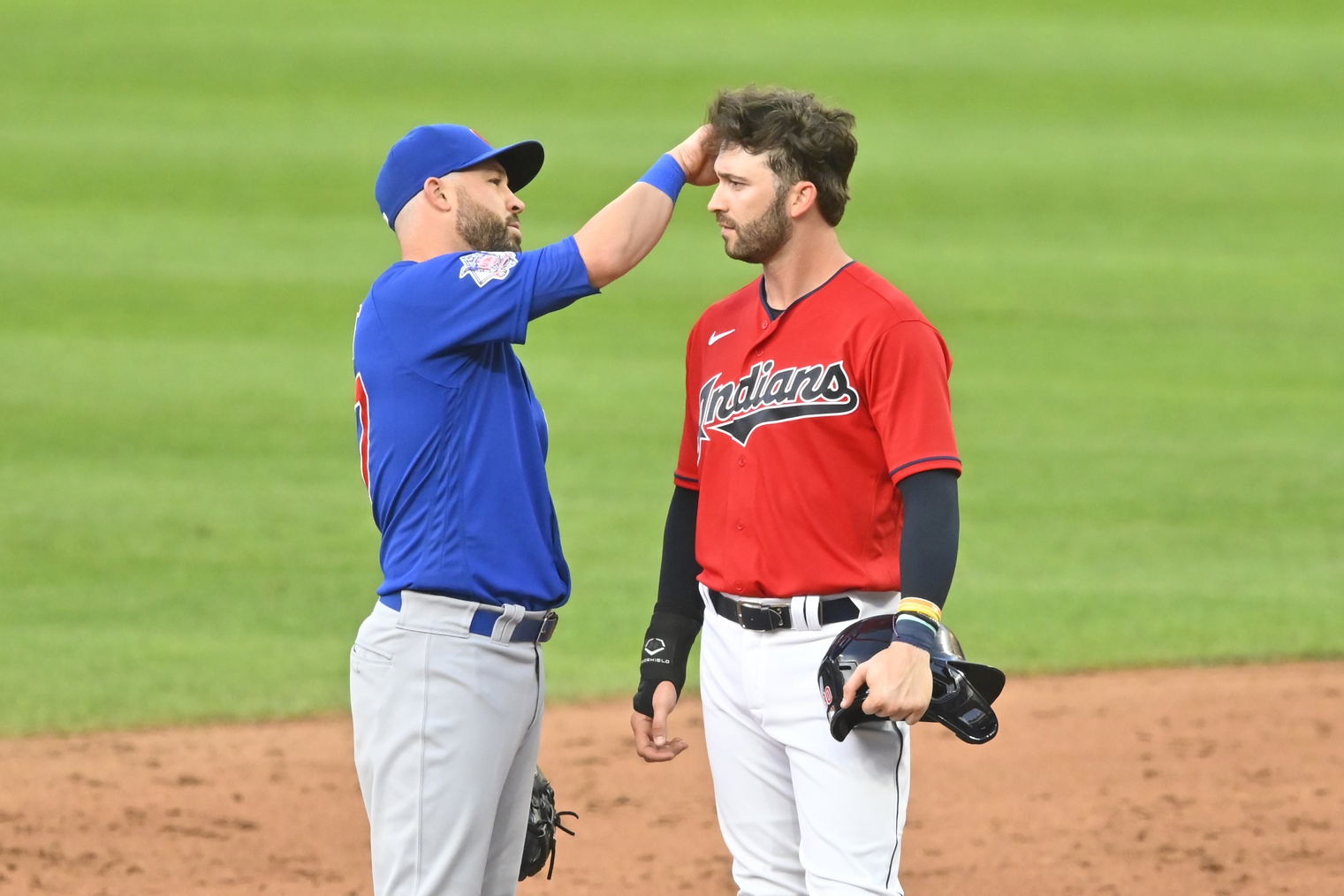 In one of the most boring games of the year, The offensive ineptitude of the Cleveland Indians was on display as the Tribe is swept in the short two game series against the Chicago Cubs. Chicago was able to blast away on Tribe pitching for a 7-2 victory Wednesday night.

Bringing back shades of game seven of the 2016 World Series. Chicago sent Kyle Hendricks out to the mound to take on the Tribe.

He did this very easy, going six innings and giving up only one run. His counterpart Carlos Carrasco did not fare anywhere near as well. Carrasco struggled with command all night as he walked 5 in only four and ⅓ innings.

Anthony Rizzo started the scoring in the top of the third with a bullet that barely made it over the right field wall giving Chicago a 1-0 lead.

The Cubs added three more in the top of the fifth when Jason Heyward hit a sacrifice fly, with the bases loaded, that would score Rizzo from third and move the other runners up to second and third.

David Bote would follow with a single to right field that scored Javier Baez and Ian Happ while Bote was caught in a rundown and tagged as he tried to stretch the single into a double. Chicago leads 4-0

The Indians were able to manage a run in the bottom of the fifth when Tyler Naquin led the inning off with a single, then Sandy Leon got the first hit from an Indians catcher since July 31st with a single to right field, giving the Indians two on and nobody out. Bradley Zimmer struck out.

Cesar Hernandez hit a blooper to left, Chicago’s Kris Bryant made an amazing diving catch but it turns out the play was overruled on a challenge from Cleveland. The ball hit the ground before Bryant could get there and the bases were loaded with only one out.

Jose Ramirez would drive home Naquin with a sacrifice fly to left. The Indians had the situation the wanted with their best player at bat with a chance to tie the game or at least add another run but Francisco Lindor could not deliver as he hit a weak groundball to first ending the Tribe threat and leaving them with a 4-1 deficit.

Bryant got his revenge for the overturned catch in the top of the sixth when she crushed a fastball from Indians reliever Adam Cimber that flew about 10 rows up into the bleachers of left field. This made the lead almost insurmountable at 5-1.

The Tribe was able to muster another run in the bottom of the seventh. Leon led the inning with a walk, Zimmer struck out with men on base for the second straight at bat. Hernandez grounded into a fielders choice, Ramirez followed with a walk, and Lindor finally delivered getting a hit with runners in scoring position for first time since August sixth, driving a single to center that would score Hernandez from Second. That would be all the offense for the Tribe tonight, Cubs lead 5-2.

Chicago would add one run in both the top of the eighth and ninth making the final score Chicago seven and Cleveland two.

Biggest Takeaway – As bad as the offense has been, there is one Indian who has been red hot over the past few games. Franmil Reyes went 5-7 with a walk but only one run batted in because no one can get on base before he comes up. Hopefully, his hot streak will be contagious and spread to the entire team. The good news is that the Indians are coming up on the easier part of the schedule with six games against Detroit and three against Pittsburgh. This could be just what the doctor ordered for this futile offense.

Cause for Concern – This game was hard to watch. Carrasco clearly did not have his best stuff tonight but he managed to keep the game within reach for 4 innings. The problem is, once the Indians fall behind, the game is basically over.

I have zero confidence in this team to make up any kind of deficit. It is hard enough for this team to get a hit, let alone put any runs on the board. I keep hearing that the bats will come around but the season is a third of the way finished and this team is historically bad at hitting. If the Indians didn’t have the best pitching in the last 30 years they would have about five wins.

This pitching staff had allowed four runs or less in every game this season before Tuesday’s game, the second longest streak in Major League Baseball history to start a season. I am not asking them to be the best hitting team in the league but if they can average 3.5 runs a game, they would be one of the best teams in baseball.