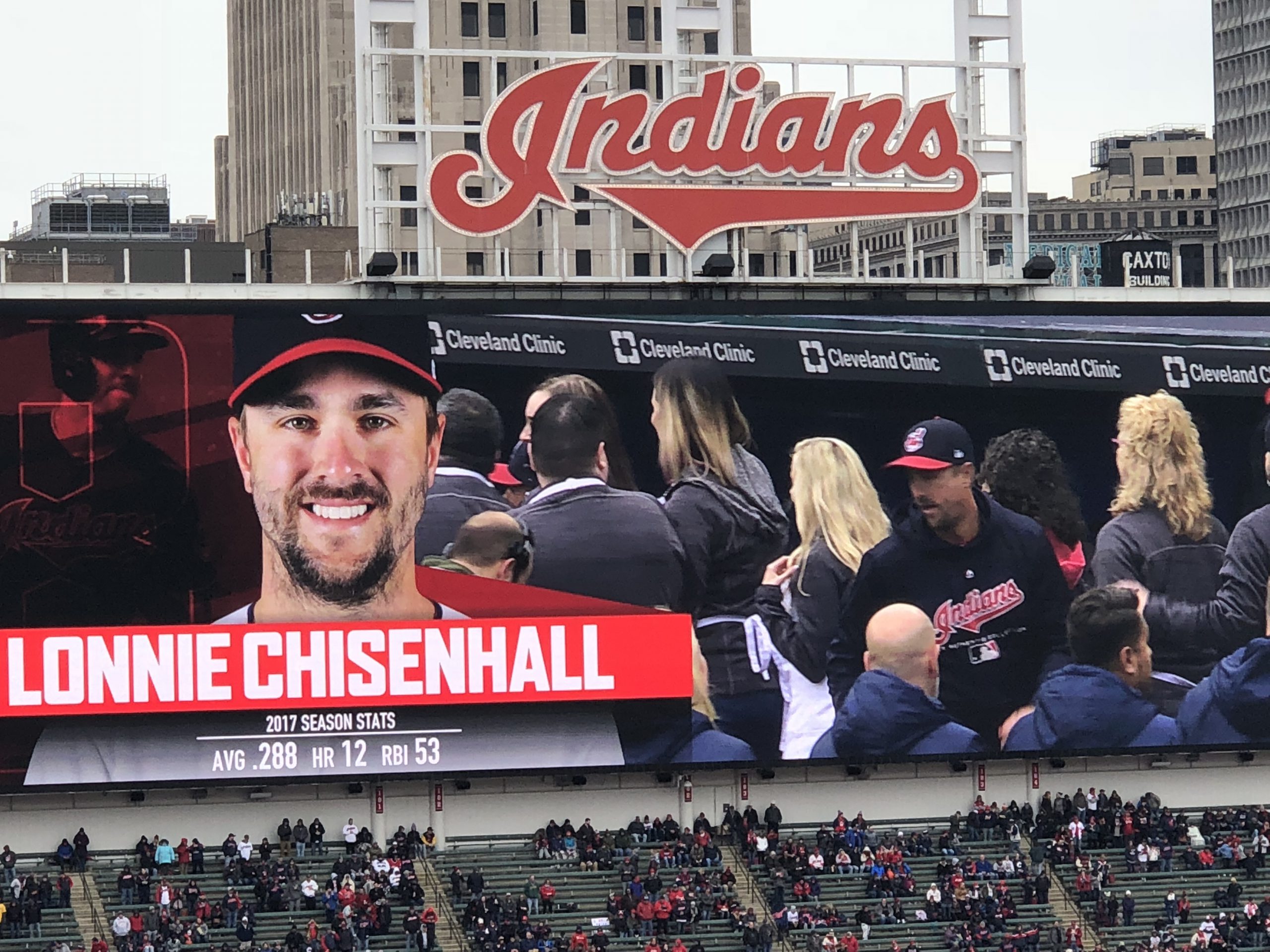 Chisenhall had a busy day in the frigid conditions before he left the game, making three putouts in right field.

Last season he missed significant time on the disabled list with a right calf strain. This season thus far Chisenhall is hitting .235 with no homers and no runs batted in.