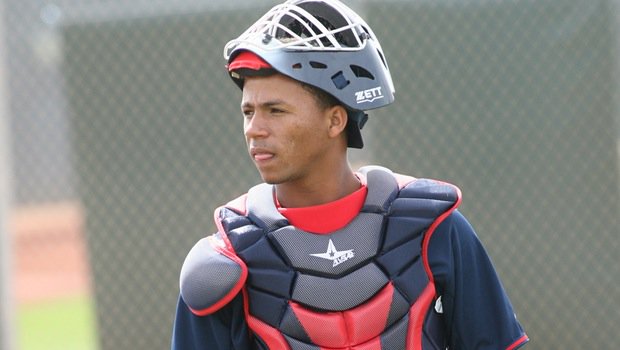 Indians minor league catcher Francisco Mejia has been selected to participate in the 2016 MLB Futures Game for the World Team.

Mejia, 20, is batting .347 with seven home runs and 51 runs batted in over 60 games this season with the Lake County Captains.

The switch-hitter is a native of the Dominican Republic and has been in the Indians organization since he was 17.

On Monday morning, Mejia was promoted to the Indians High-A affiliate, the Lynchburg Hillcats.

Cleveland Indians Try To Extend Streak to Ten Games, Longest Since 2013
VIDEO: Browns Head Coach Hue Jackson Mic’d Up for Practice at First Energy Stadium; “This Is Your House”