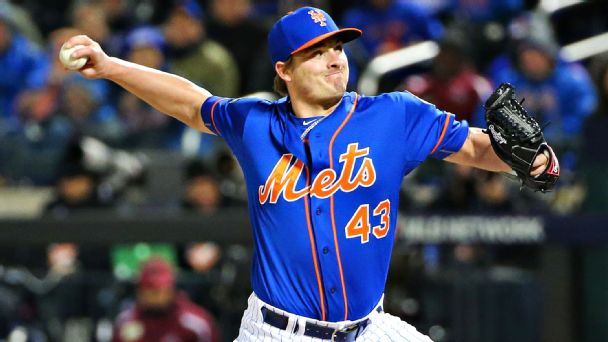 There’s going to be plenty of chatter around possible moves for the Indians before today’s 4pm trade deadline, and the latest seems to have pitching at the top of the teams’ wish list.

Ken Rosenthal is reporting that the Indians are doing their homework on Texas Rangers starter Yu Darvish (who as Rosenthal points out has a no-trade clause) and also on Mets closer Addison Reed, who is expected to be moved by the Mets by the end of the day.

Source: #Indians not only in mix for Darvish (despite no-trade), but also #Mets’ Addison Reed. Seem to be aiming for one high-impact move.

This season Reed is making $7.7 million, and is a free agent at the end of the season.
As for Darvish, he’s also being looked at by the Dodgers and Yankees, and many seem to feel a change of scenery would do him good.

This season he’s 6-9 with a 4.01 ERA. In his last outing Wednesday he was beat up for 10 runs and nine hits over 3.2 innings against the Marlins.

Darvish was 7-5 in 17 starts last season for the Rangers. He’s also a free agent after the season, and is making $11 million this year.