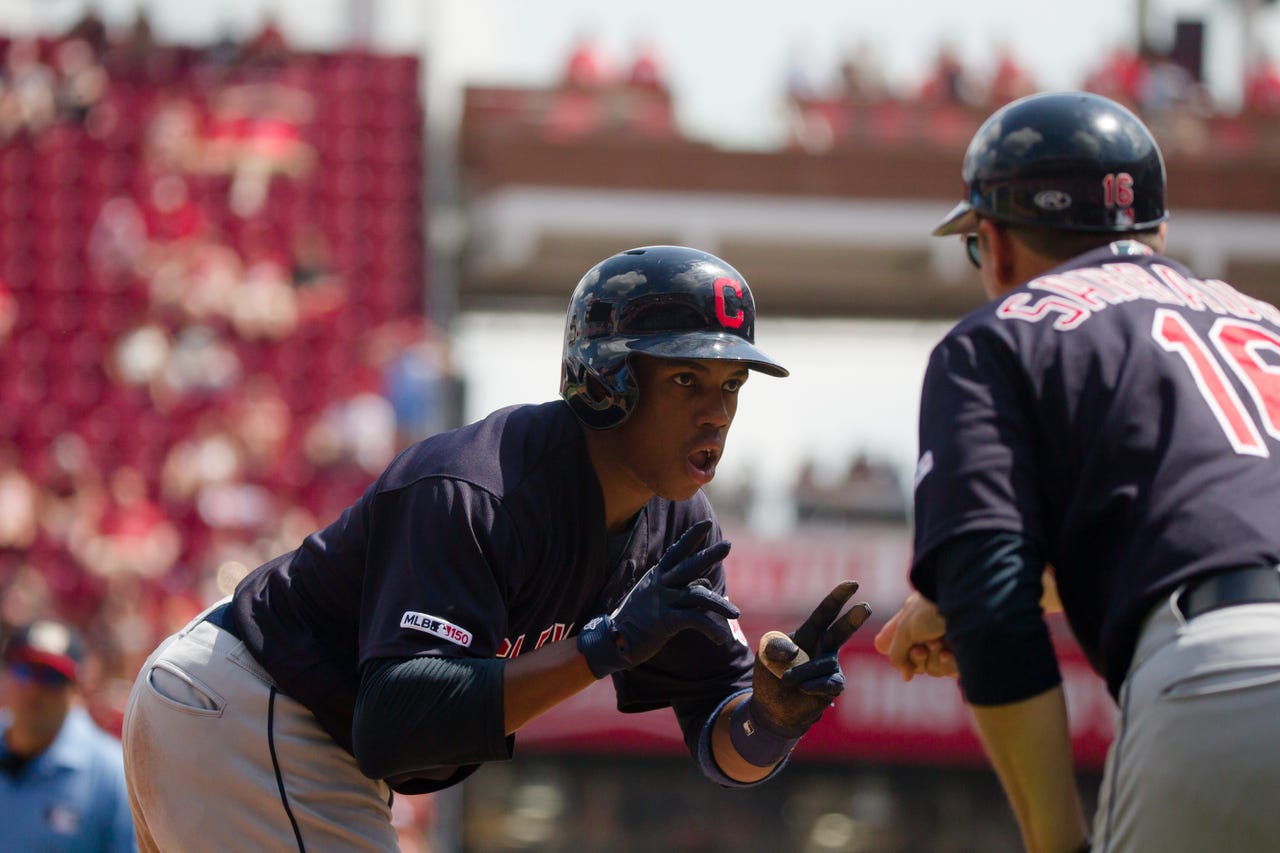 The first half is in the books for the Indians, and it couldn’t have ended any hotter for the Tribe.

The club ended the first half with a 11-1 pounding of the Cincinnati Reds, getting a solid performance from Trevor Bauer, and a huge game at the plate from Saturday call-up Greg Allen, who went 4-for-6 with two doubles and a homer.

The teams on their longest win streak of the season at six games, and with the victory the team sits at 50-38, 12 games over .500.

The team slammed four homers, and with Bauer on cruise control the Tribe didn’t need much offense even though they got it with a three-run fifth and a six-run eighth.

Here are a few quick takeaways from the win:

The Tribe center fielder got a shot to start for Oscar Mercado on Sunday, and hitting second made the most of his opportunity, going 4-for-6.

He slammed a homer, his second of the year, a triple, and a pair of singles to raise his average to .211 on the season.

He had the most hits of any player in the Indians 18-hit attack, and it was a good sign to see him being aggressive at the plate.

Allen has not had many big moments in the first half after making the opening day roster, but Sunday’s win will rank up as maybe his finest.

2. Bauer Mows Down the Reds

He moves to 8-6 on the season, and his ERA sits at 3.61. He never seemed to be in any real danger and while he did allow a run, he just seemed to be back to being his normal self on Sunday.

While he has also had moments of struggle in the first half of the season, he is still a big part of this pitching staff, and the team needs more outings like the Father’s Day shutout in Detroit along with this outing against the Reds in the second half.

STO’s Jensen Lewis tweeted out an interesting fact about the Indians after they collected their 50th win to end the first half, that being the team since 2013 has made the playoffs in each season under Tito Francona when they’ve finished the first half at or over the .500 mark.

They are 12 games over .500 to end the first half, and appear to have taken the month of June when they went 17-9 and rolled it right into July, winning their first five games of the month.

If this team can get Corey Kluber back, and the offense remains as hot as they have been, it will be a fun last three months of the season as this team looks to get back to the playoffs.

In July the Indians have already scored 39 runs in five games – an average of 7.8 runs per game. Not too shabby.

Indians Pitcher Carlos Carrasco Says He Has Leukemia, Hopes to Pitch Again in 2019
Pitching Matchups for the Indians-Twins Series Out of the Break at Progressive Field