Indians Fall 5-3 to Astros in 16 Innings; The Good, The Bad, and the Mostly Ugly from Wednesday’s Marathon 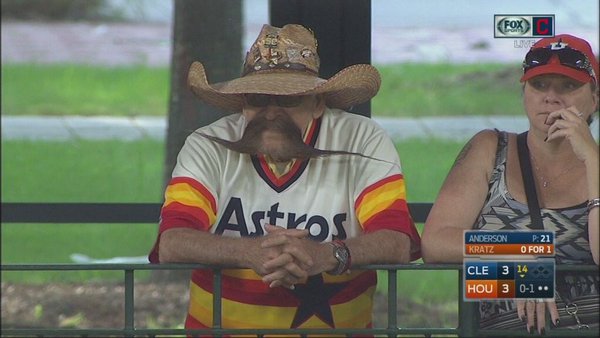 The Cleveland Indians fell to the Houston Astros by a score of 5-3 in the rubber match of a three-game series in the Lone Star state on Wednesday afternoon. The game lasted 16 innings and it was packed with tons of bizarre action to say the least.

Here’s the good, the bad, and the ugly from the barn-burner.

Jason Kipnis tied his career-high for hits in a game, going 5-for-7 with 5 singles.

Mike Napoli belted his 7th home run of the season, going 3-for-7, just a triple shy from hitting for the cycle.

Cody Anderson was perfect for three innings, setting down all nine batters he faced in the 13th, 14th, and 15th innings, striking out four.

Carlos Santana came through with a clutch RBI triple to send the game to extras in the ninth.

Yan Gomes and Francisco Lindor each went 0-for-7 on the day, combining for 0-for-14.

The Cleveland Indians drew just one walk in 16 innings.

Zach McAllister followed him up by allowing a run in the seventh to give Houston the lead.

We mentioned Salazar’s 10 strikeouts and only one run allowed, but the right-hander walked six batters, throwing 106 pitches in five innings. He found himself in bases loaded jams in both the first and second innings of the game, but struck his way out of danger. It was one of the ugliest 10-strikeout performances imaginable.

The Indians pitching staff walked 12 Astros on the day.

We mentioned how Anderson retired the first nine batters he faced. He promptly gave up the two-run walk-off home run in the bottom of the 16th to Marwin Gonzalez.

The Indians and Astros combined for 18 different pitchers in the game.

The Indians are now 0-3 in extra innings games this season.

This picture pretty much tells you all you need to know about how ugly that game was. 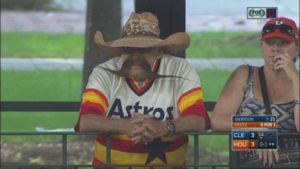