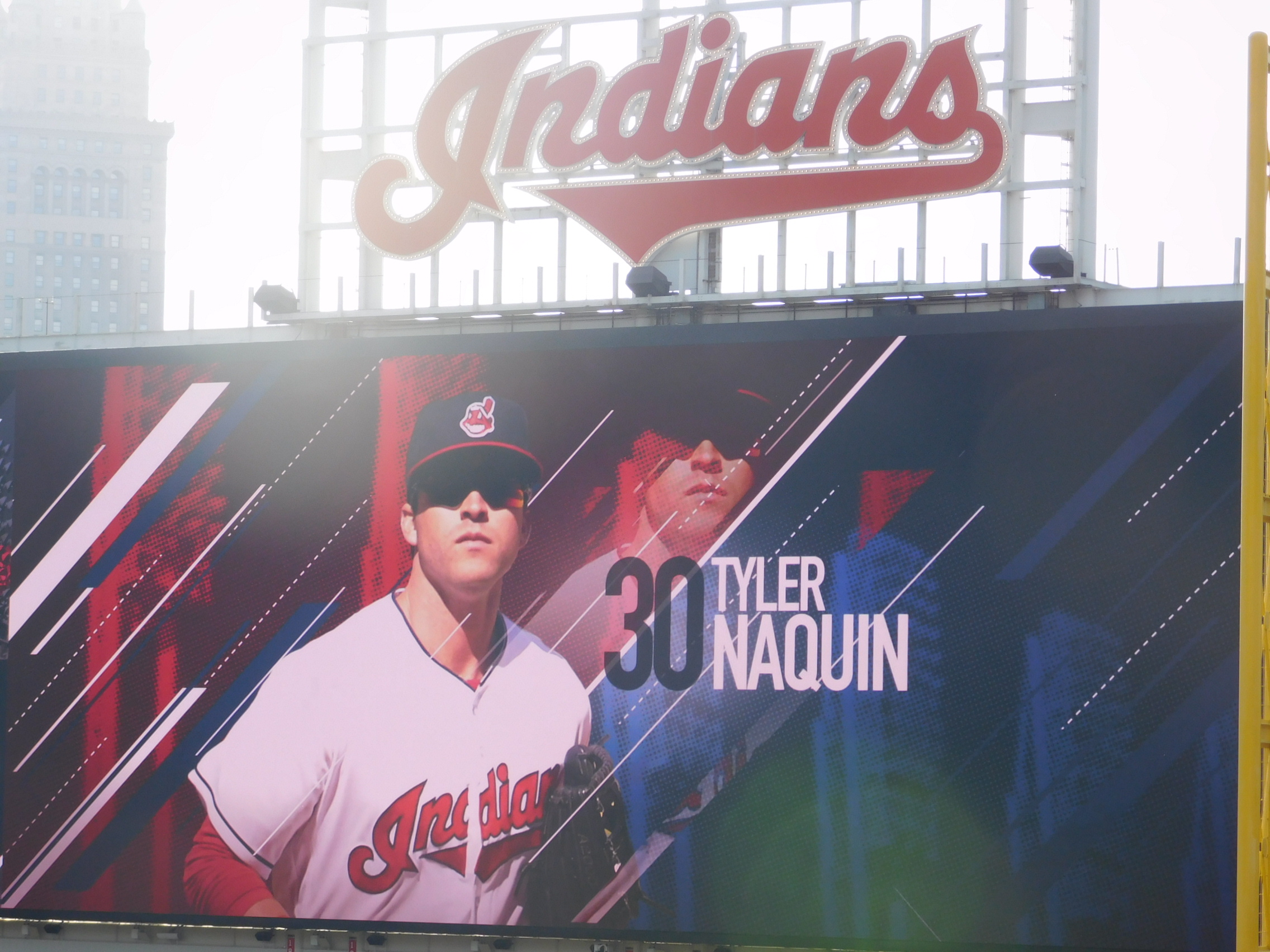 Cleveland – The Cleveland Indians had a chance to split a four game series with the New York Yankees Sunday afternoon, but consequently lost with a final score 11-7. Carlos Carrasco (5-2, 2.47) would start for the Tribe and Masahiro Tanaka (6-2, 3.12) would go for the Yankees.

Starlin Castro doubled to lead off the 2nd for the Yankees. With one out Rob Refsnyder was safe at second on an error by first baseman Carlos Santana, allowing Castro to score. Austin Romine doubled to right the next at bat to push Refsnyder to third. With two down Jacoby Ellsbury had just argued what he believed was a ball four call, but with a full count went yard to make it 4-0 Yankees.

Mike Napoli started things off for the Indians in the second with a walk, and Lonnie Chisenhall singled with one down to give them first and second. Rajai Davis singled to left to put the Indians on the board with the Yankees leading 4-1.

Chase Headley started the 4th for the Yankees with a double to deep right, and Refsnyder was safe at first on a throwing error by third baseman Jose Ramirez. Romine grounded into a fielder’s choice to get Refsnyder out at second but moved Headley to third. Brett Garnder grounded into a fielder’s choice to score Headley, and that would end the day for Carrasco as Austin Adams relieved him with the Yankees leading 5-1.

Adams continued to pitch in the 4th and Mark Teixeira led off the inning with a single, followed by a double from Didi Gregorius. Jeff Manship came on to relieve Adams, and walked Castro to load up the bases. Headley grounded into a fielder’s choice to short, and Teixeira and Gregorius scored on a throwing error by Francisco Lindor making it 7-1. With bases loaded again, the Yankees plated another run with a sac-fly to center by Romine to make it 8-1. T.J. House came in to relieve Manship, and allowed Gardner to hit a sac-fly to score another run to make it 9-1. Ellsbury, Beltran, and Teixeira all singled to make it 11-1. After House hit Gregorius, Joseph Colon would relieve him to get the final out.

In an unlikely turn of events, the Indians would score 6 in the home half to cut the lead to 11-7. Santana led off the inning with a double, and with one down Lindor doubled to score him. Napoli and Ramirez had back to back singles to score Lindor. With two down Davis was safe at first on a throwing error by Gregorius scoring Napoli and Ramirez. Tyler Naquin accounted for the last two runs with by driving a ball over the fence in right to make it 11-7. Nathan Eovaldi relieved Tanaka to get the last out.

Neither team would score after the 5th inning.

The All-Star break will be welcomed by the club as some fatigue began to set in after playing 88 games of the regular season. As mentioned before, Francisco Lindor, Danny Salazar, and Corey Kluber will be representing the Tribe in the All-Star Game. However, it was announced earlier on Sunday afternoon Salazar has decided to withdraw due to elbow soreness and was replaced by Jose Quintana of the White Sox. The Indians head into the break with a 52-36 record, and holding steady with their lead in the Central.