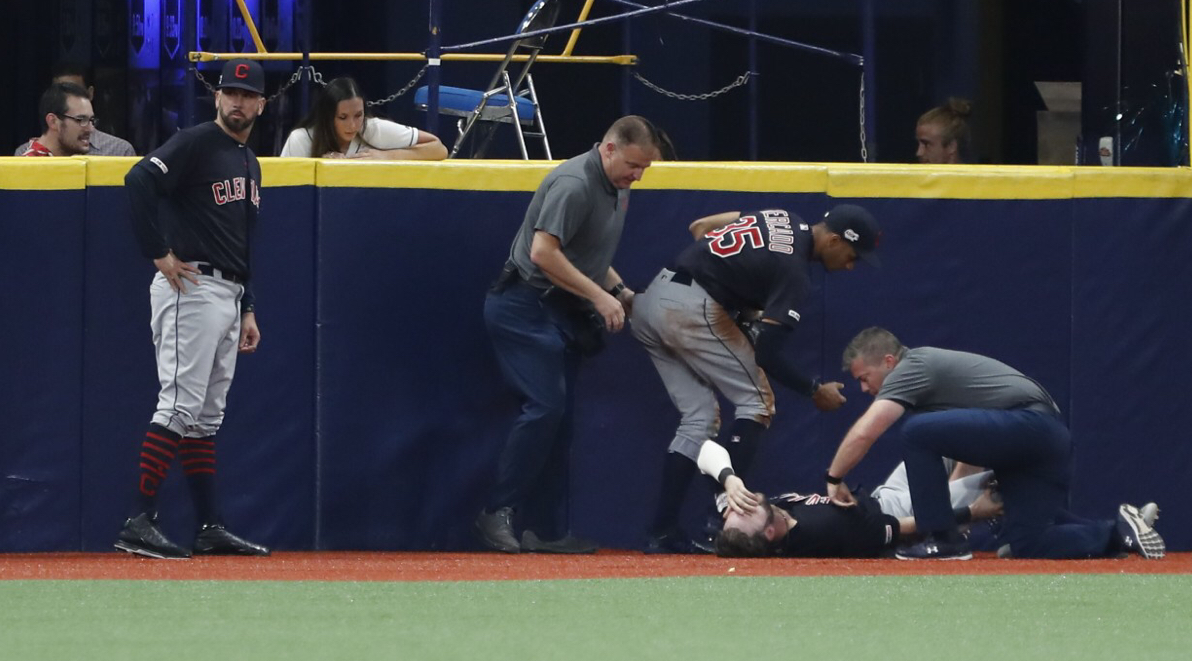 The team officially placed Naquin on the 10-day injured list with a right knee injury and torn ACL.

Jake Bauers is back with the Major League club coming up after a stint in AAA Columbus.

Bauers hit .233 with 11 homers and 39 runs batted in for the Indians in 100 games before he was sent down to Columbus on July 31st after the team dealt for Yasiel Puig and Franmil Reyes.

With the Clippers he hit .247 with three homers and 15 runs batted in.

Naquin’s season is over after he slammed into the left field wall Friday in the loss to the Rays.

@ProFootballDoc any thoughts on the knee injury for Naquin here? pic.twitter.com/mVefBYldzi

He underwent imaging Friday night and the MRI confirmed an ACL tear of the right knee.

He is scheduled for a follow-up examination with team doctors on Monday to try and figure out the course of action as well as surgery.

A time frame for return will be established after surgery and he is out for the remainder of 2019.