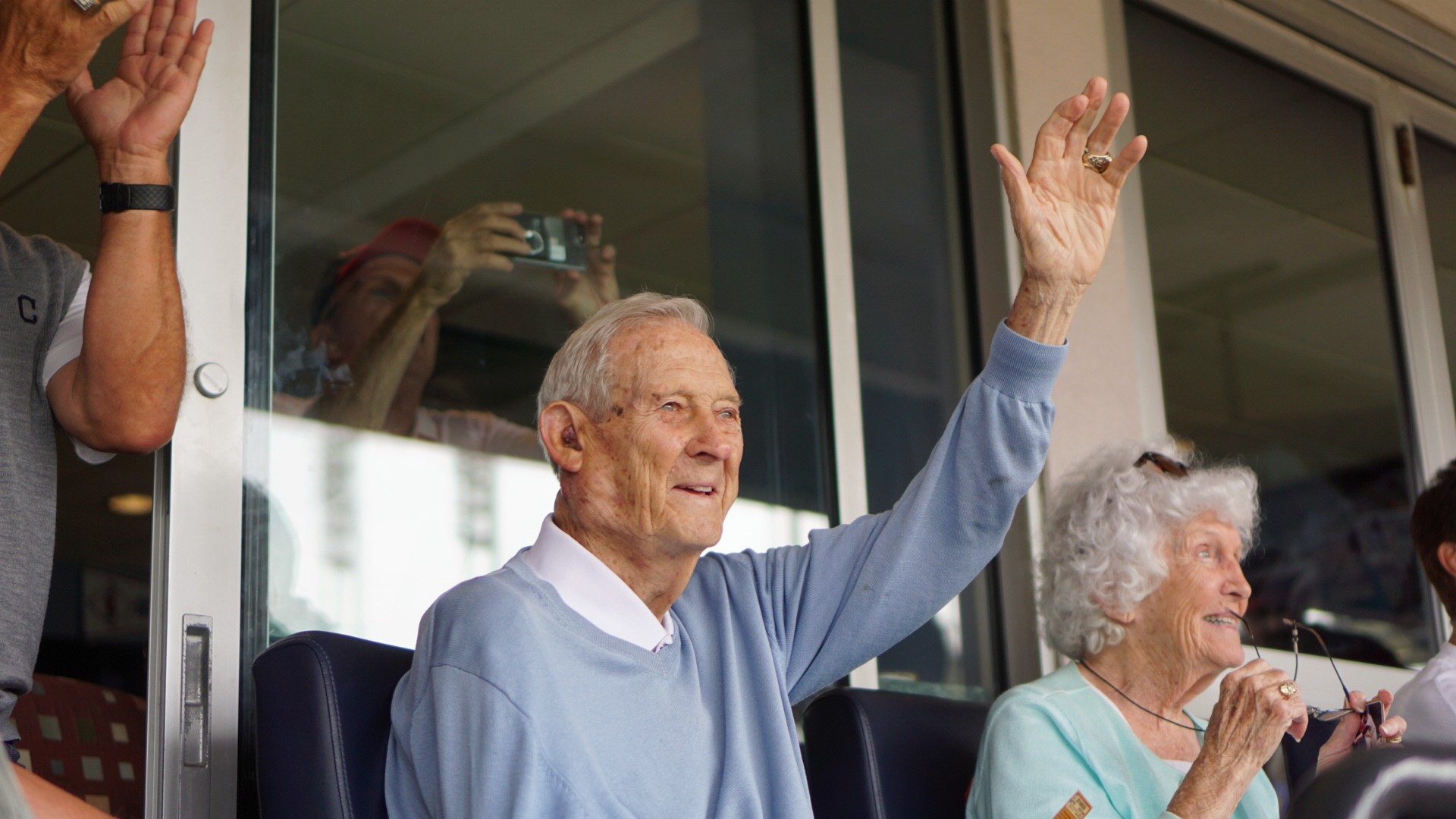 The Indians today announced the passing of former catcher Hal Naragon, who passed away this morning at the age of 90.

“The Indians family is deeply saddened by the passing of Hal Naragon. He will be remembered as a true gentleman, a great teammate and coach. Hal put the “magic” in Barberton,” said Bob DiBiasio, Indians Senior Vice President of Public Affairs.

Naragon was a graduate of Barberton High School. He inked with the Tribe back in 1947 and made his debut for the club in 1951.

He played in three games as a pinch-hitter and catcher that season. He spent the next two seasons serving in the Marine Corps.

Upon returning from service, the Cleveland catcher rejoined the Tribe as part of the juggernaut 1954 club that won 111 games and featured three Hall of Fame pitchers.

Naragon played parts of seven season with the Indians. In 1959, he was traded to Washington and finished his playing career with the Minnesota Twins in 1962. As a coach, Hal was a member of the 1965 American League Champion Twins and 1968 World Champion Detroit Tigers.

Earlier this month Naragon’s story was shared in a feature here on NEO Sports Insiders in a beautiful piece written by author Adrienne Goehler.

Our deepest thoughts and prayers go out to the Naragon family.

Pitching Matchups for the Indians Three-Game Set in Tampa Against the Rays
Indians Bring Back Jake Bauers, Tyler Naquin’s Season Over with Torn ACL